KATHMANDU, Nepal – Nepal has commemorated the anniversary of the first ascent of Mount Everest amid a climbing season marred by the highest death toll in four years and a debate on whether the government should limit permits to prevent dangerous overcrowding on the world’s highest peak.

Government officials said Wednesday at an event celebrating New Zealand mountaineer Edmund Hillary’s successful summit that there are no plans to cap permits. 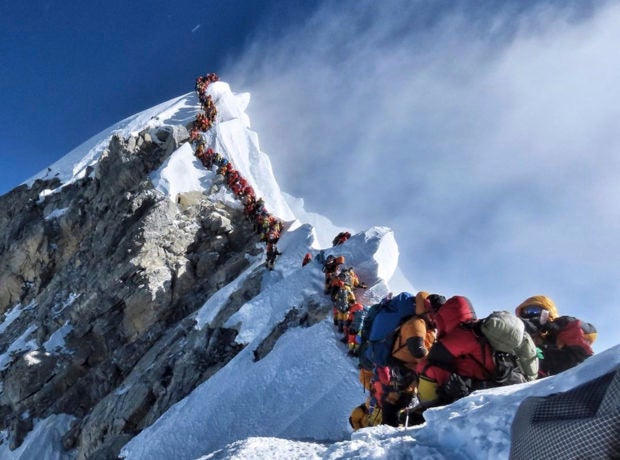 In this photo made on May 22, 2019, a long queue of mountain climbers line a path on Mount Everest. About half a dozen climbers died on Everest last week most while descending from the congested summit during only a few windows of good weather each May. (Nimsdai Project Possible via AP)

A record number were issued this year. Mountaineers described traffic jams caused by exhausted rookies slowing down a climb where delays can be deadly.

Government minister Gokul Prasad Baskota denied there was mismanagement of climbing on Everest.

He said there could be an issue of inadequate training for the endeavor.

Eleven people have died on Everest this year, likely due to altitude sickness. /gg