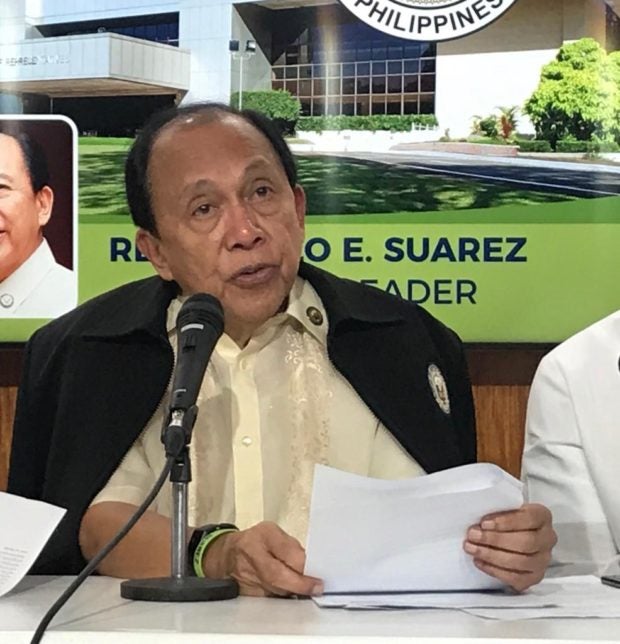 In a separate press conference, ACT Teachers Rep. Antonio Tinio of the Makabayan opposition bloc said they had no direct knowledge on Alvarez’s claims but they have been hearing the same rumors.

Tinio said this practice is “highly unethical, immoral and illegal.” He urged Alvarez to further substantiate his accusations, which he said could be an issue of graft and corruption.

The Davao del Norte 1st district congressman, who is also vying for the speakership, earlier bared that some of his competitors are shelling out between P500,000 and P1 million to secure the votes of the more than 300 House members. He did not name the contenders.

“Such dubious methods as vote-buying would compromise the Speaker’s position,” Alvarez said in a statement.

In the same briefing, Suarez said Representative-elect Martin Romualdez from Letye already has the support of more than 153 congressmen across political parties. If there won’t be any directive from the Palace, he said Romualdez already has the advantage.

The names of Marinduque Rep. Lord Velasco, Taguig-Pateros Rep. Alan Peter Cayetano, Pampanga Rep. Aurelio Gonzales Jr. have also been floated as among the contenders in the speakership battle.

The 17th Congress will adjourn sine die on June 8. The 18th Congress will open on July 22, the same day that the next Speaker would be elected. (Editor: Jonathan P. Vicente)