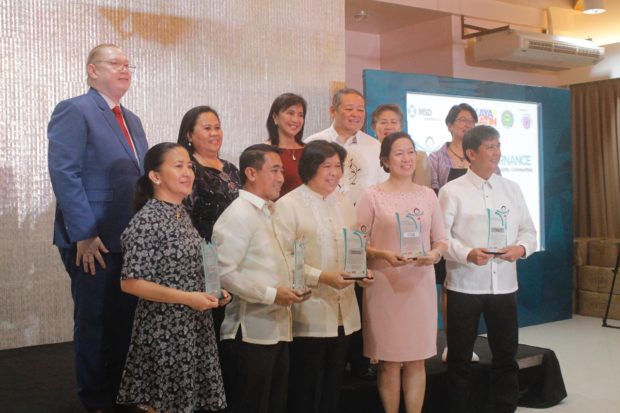 In a ceremony at the Office of the Vice President on Wednesday, the towns of Tacurong in Sultan Kudarat, Kidapawan in North Cotabato, Cabatuan in Iloilo, San Felipe in Zambales, and Vigan in Ilocos Sur were given awards for excellence in governance for healthy communities.

The towns, represented by their local officials and health workers, received the citations from Kaya Natin Movement for Good Governance and Ethical Leadership, pharmaceutical company MSD, Association of Municipal Health Officers in the Philippines, and the Jesse M. Robredo Foundation.

According to the Kaya Natin, the towns got the award based on programs that advanced the state of their health within their jurisdiction.  A total of 36 entries were initially approved by the CHG secretariat.

These were trimmed down to the top 10 entries, including the winning towns plus San Gabriel in La Union, Kapangan in Benguet, Mina and Concepcion also in Iloilo, and San Remigio in Cebu.

Kaya Natin lead convenor Harvey Keh said that this is the fourth installment of the awards, which began in 2013.

“It makes me so proud to see that year by year, we are recognizing better and brighter leaders who are making an impact in their own communities and who are ensuring that quality healthcare is available for every Filipino,” Keh said.

Vice President Leni Robredo — whose late husband former Interior Secretary Jesse Robredo was a member of Kaya Natin and an ardent supporter of local health governance — was also present during the awarding ceremonies.

She was joined by Director Dr. Enrique Tayag of the Department of Health. According to Kaya Natin, each winning town will receive a P100,000 grant for its health operations. (Editor: Jonathan P. Vicente)