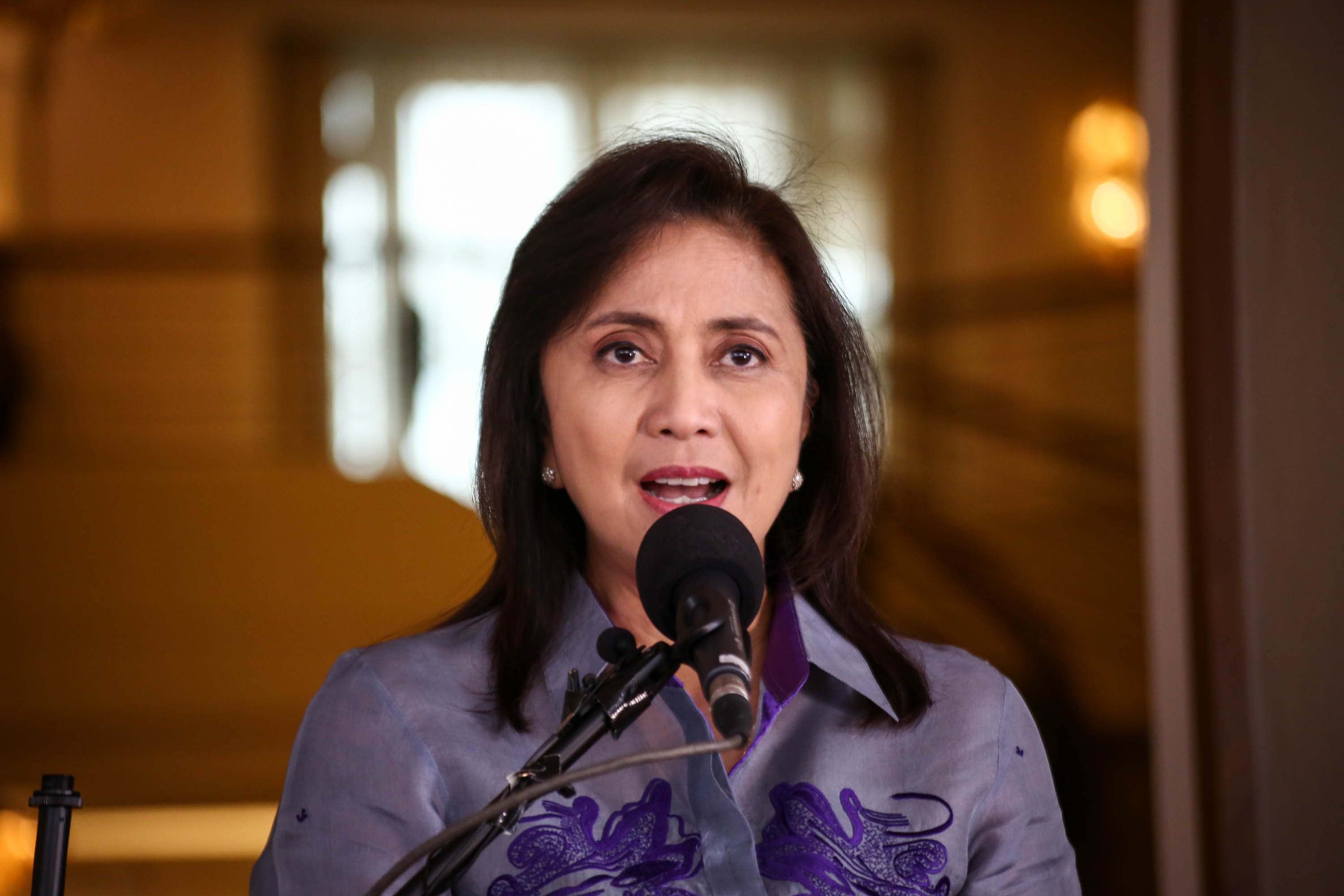 MANILA, Philippines — Vice President Leni Robredo said on Wednesday that the country can only move against the abusive culture against women if the Philippine Science High School (PSHS) male students accused of sharing lewd photos of their female schoolmates are sanctioned.

Robredo, a vocal women’s rights supporter, urged the school to make a “difficult” decision to change this culture.

“But if we are to find a way forward, to a society where both women and men can truly have an equal opportunity to be the best we can be, then we must make the conscious, if difficult, choice to change that culture,” she said in a statement sent to reporters.

“And that begins with calling out behavior that is disrespectful and abusive to women, and ensuring that it is appropriately sanctioned. Not making excuses for it, not attempting to justify it, but recognizing it for the injustice it is, and taking the necessary steps to ensure it is not repeated again,” she added.

Robredo said that she hopes that these principle would guide the school management in their decision with the students’ fate.

“It is my hope that this will be the principle that will serve as the foundation for the ultimate resolution of the current controversy in PSHS.

Recently, student leaders, parents, and teachers have protested the PSHS’ Board of Trustees’ decision to allow 14 students charged with voyeurism to graduate on Wednesday, May 29.

The involved students were accused of possessing “voyeuristic” images of female students, which have been uploaded online without the victims’ consent.

Recent developments said that six of the 14 students were no longer allowed to join the graduation ceremonies.  Science and Technology Secretary Fortunato dela Peña however clarified that three of the six will still graduate, while the other three would only get certificates of completion.

According to Robredo, the issue is not a mere school affair, but rather a national concern.

“The current controversy surrounding the graduation of six Philippine Science High School students found to have spread lewd photos of their female classmates is more than just the concern of the school’s administration or its community of faculty, students, and alumni,” Robredo said.

“It is an issue that goes to the heart of how we, as a society, must act when women are disrespected, demeaned, or abused, particularly when this is passed off as ‘boys’ having ‘harmless fun’, and therefore ‘normal’ and ‘acceptable’,” she added.

The Vice President also noted that the issue, saddening as it is, should not come as a surprise.

“Perhaps we should not be surprised that even in a community of our nation’s brightest young minds, the poor treatment of women, at the hands of even those they trusted as intimates or friends, persists.  The problem, after all, is not one of intelligence, but of culture,” she explained.

Protests against the students’ graduation, which have been circulating in social media since last week, came on the heels of President Rodrigo Duterte’s joke at the Philippine Military Academy graduation rites.

Duterte said some of the cadets’ misdemeanors which he has pardoned included “rape.”  He has been criticized by people from various sectors, including women rights advocate Gabriela party-list.

Robredo also took a shot at officials who were defending the President’s statements, who were calling it a mere “joke.”

“For too long women have been forced to endure various indignities in silence. From having our worth bound solely to the measure of physical attractiveness, to the constant assumptions that we are fit only for subordinate roles, to the ever-present apprehension that we may be subjected to verbal harassment or gender-based violence,” she said.

“What is worse, this condescension and abuse is presented as simply being ‘the way of the world,’ with those who protest dismissed as  ‘overreacting’ or “someone who cannot take a joke,” she added. (Editor: Julie Espinosa)