Edmund Morris, known for his biography of Reagan, dies at 78 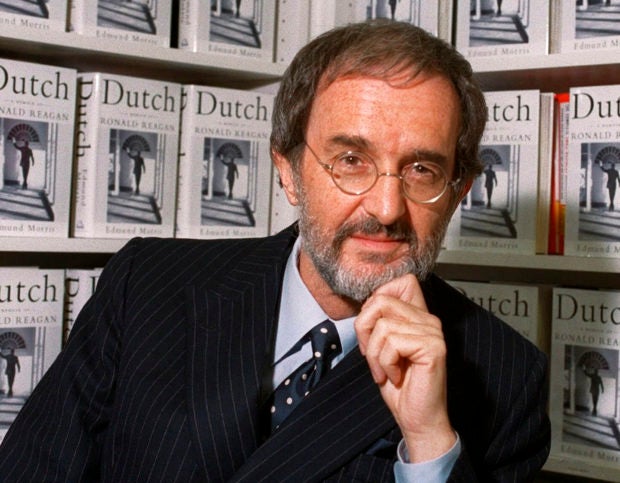 DANBURY, Connecticut — Presidential biographer Edmund Morris, best known for writing a book about the life of the late Ronald Reagan, has died. He was 78.

According to Morris’ wife Sylvia Jukes, Morris died in a hospital in Danbury, Connecticut, a day after suffering a stroke on Friday, May 24.

“We at Random House mourn this loss with all who knew him and loved him, and with those who read his remarkable books. Our deepest sympathies are with his beloved wife Sylvia,” stated by Andy Ward, Morris’ editor.

Morris was a polished prose stylist whose career took off with the success of his first book “The Rise of Theodore Roosevelt” which won the Pulitzer Prize in 1980. But what cemented his legacy was “Dutch: A Memoir of Ronald Reagan”.

Reagan’s aides thought of Morris as an ideal candidate to write a book about him. He received a seven-figure contract from Random House and spent time with the former president from meetings to private interviews, including with Reagan’s family.

“He had the guts to let somebody come in from outside, stare at him, read his mail, go off and talk to his children,” Morris said in 1991. “Whatever you say about Ron Reagan, he has guts.”

But as Morris began working on the book, he realized that Reagan himself was a puzzle, an amiable man unknowable even to those closest to him.

“I went through a period of a year or so of depression because I felt that with all my research, how come I cannot understand the first thing about him,” Morris said of Reagan.

Morris made himself a fictional narrator in the story, guiding readers through Reagan’s childhood in Illinois and his rise to the presidency.

Published in 1999, a decade after Reagan left the White House, the book was widely denounced as a grotesque abuse of historiography although some observers noted that the former president himself was known for fabricating parts of his past.

Morris also enraged Reagan’s supporters by alleging that he was emotionally distant, even former first lady Nancy Reagan had little access to his inner thoughts. He would long defend his book, saying that readers often told him that he came closer to Reagan’s story than various conventional biographies.

As stated in Morris’ brief bio in the Penguin Random House website, he was born in Nairobi, Kenya, the son of South African parents. He attended college in South Africa and moved to Great Britain in 1964 to work as a copywriter in London.

After the success of his biography on Theodore Roosevelt, he wrote two additional volumes on the former president titled “Theodore Rex” in 2001 and “Colonel Roosevelt” in 2010. A New York Times critic wrote that Morris’ trilogy “deserves to stand as the definitive study of its restless, mutable, ever-boyish, erudite and tirelessly energetic subject.”

Morris’ upcoming book, “Edison”, is being published by Random House on Oct. 22. HM/JB

It was Franklin’s order, not Teddy Roosevelt’s

Read Next
Duterte certifies as urgent bill on higher tobacco excise tax
EDITORS' PICK
18 patients probed for COVID-19 discharged from hospitals — DOH
COVID-19 spreads in South Korean city as thousands are screened
Tokyo 2020 postpones volunteer training over virus fears
Mallorca City: Home of Cavite’s finest industrial hub
The fight of the decade: The Gypsy King vs The Bronze Bomber
New virus has infected nearly 78,000 people globally
MOST READ
Honda to shut down Laguna plant
LOOK: Heart Evangelista wears ‘Quiapo headband’ at Paris Fashion Week
Mark Bautista on love: ‘She has to be understanding of my situation, that I’m bisexual’
Vice President Robredo’s mother passes away at 83
Don't miss out on the latest news and information.