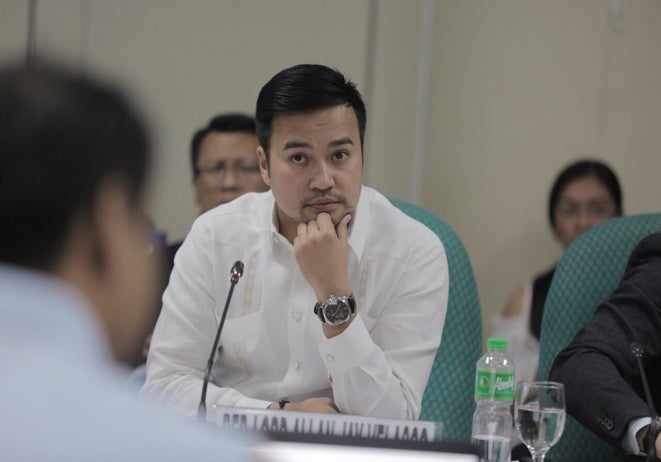 MANILA, Philippines — Marinduque Rep. Lord Allan Velasco, a contender for the House speakership, said on Tuesday he would pursue the reimposition of death penalty during his new term as a lawmaker.

“Honestly, I would take a second look at the death penalty. I’d pursue it mainly because I think it would be a good deterrent,” Velasco said in an interview over ABS CBN News Channel when asked if he would re-visit the death penalty bill.

He said he would push for the reimposition of capital punishment for crimes involving drugs and rape.

READ: Alvarez not giving up on death penalty, divorce bills

Among other bills that Velasco said he would also re-visit is the bill that seeks to legalize absolute divorce and dissolution of marriage in the country.

He said he voted for it when the bill was approved in the House of Representatives on third and final reading last year.

Meanwhile, the House will still “have to talk about” the proposal to lower the minimum age of criminal responsibility (MACR), Velasco said.

He said he agrees with the proposal to lower the MACR to 12 years old, not nine.

“I would stand at 12 [years old] because nine [years old] is just too young to say that the child already has a criminal mind,” the lawmaker said.

Read Next
‘Pedophile’ arrested after arriving in Manila
EDITORS' PICK
51% of Filipinos think it’s dangerous to publish anything critical about Duterte admin — SWS
PhilHealth mess: Whose heads will roll? Roque says he can’t wait to name names
COVID-19 cases in PH overshoot 122,000 mark
Water remains our saving grace right now
Smart 5G goes live
The biggest lottery jackpot in the world is $158 million, and even someone from the Philippines could win it
MOST READ
Captain astonished that his ship delivered Beirut explosive
‘Vexed’: Guanzon raps Topacio over Alzheimer’s remark
Locsin to China: Don’t overinterpret
COVID-19 cases in PH overshoot 122,000 mark
Don't miss out on the latest news and information.