Velasco: Being close to Duterte an advantage to be next Speaker | Inquirer News
Close
menu
search

Velasco: Being close to Duterte an advantage to be next Speaker 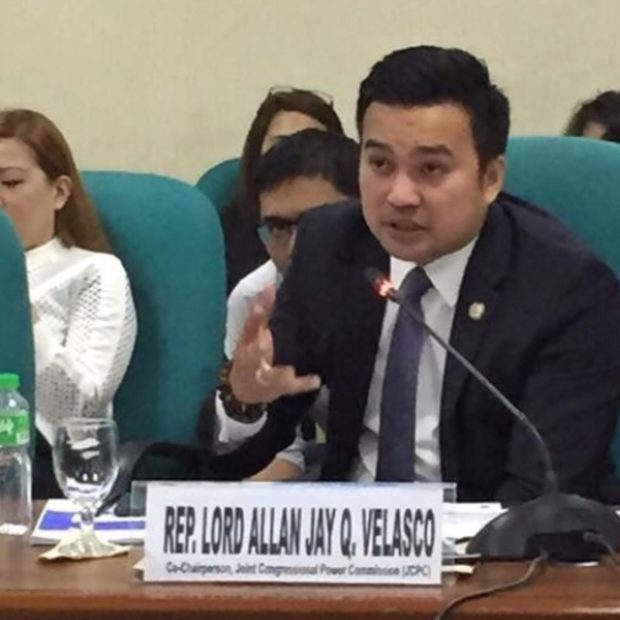 MANILA, Philippines — Marinduque Rep. Lord Allan Velasco, a contender to the House speakership, said on Tuesday that his loyalty to the President and his daughter, is what makes him different from his competitor, incoming Leyte 1st District Rep. Martin Romualdez.

“The difference between me and Martin (Romualdez), I’m a loyal friend to the President and (Davao City) Mayor Inday (Sara Duterte-Carpio),” Velasco said in an interview over ABS CBN News Channel.

Being close to the President Rodrigo Duterte is an “advantage,” Velasco said, even though the House needs to be an independent institution.

“People say it might be a disadvantage if I become speaker because I’m very close to the President,” he said.

Duterte-Carpio earlier introduced Velasco in a campaign rally as the next Speaker of the House.

Aside from Velasco and Romualdez, other contenders for the Speakership is former Speaker Pantaleon Alvarez and former Foreign Secretary Alan Peter Cayetano. (Editor: Jonathan P. Vicente)