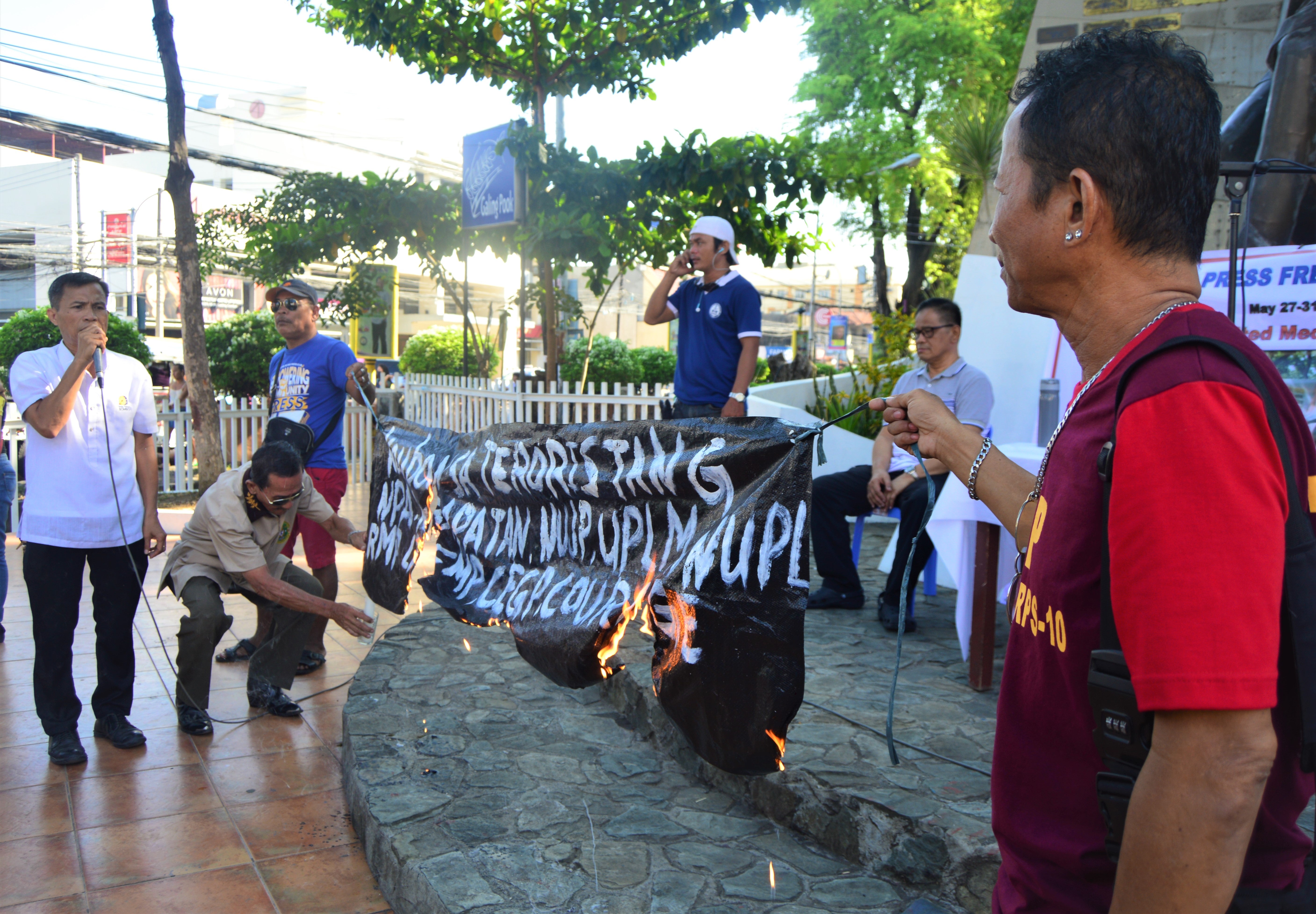 Cagayan de Oro media groups take turns burning the streamer that tags the National Union of Journalists of the Philippines (NUJP) and other progressive groups as supporters of the New People’s Army (NPA) during the opening of the 37th Press Freedom Week activities at the Press Freedom Monument Monday, May 27. PHOTO BY JIGGER JERUSALEM

JB R. Deveza, National Union of Journalists of the Philippines (NUJP), Safety Officer for Western Mindanao, said that a streamer tagging NUJP and other activist groups as allies of the “terrorist NPA” was found draped at the foot of the monument honoring Press Freedom at the Provincial Capitol grounds in Cagayan de Oro.

Deveza said that members of the Cagayan de Oro Press Club spotted the streamer on Monday morning as journalists gathered at the Press Freedom monument to launch the week-long commemoration of the 37th Press Freedom Week.

To express their outrage, officers and representatives of various media groups in the city took turns in burning the streamer.

Uriel Quilinguing, a former president of the COPC as well as a former chairman of the NUJP-Cagayan de Oro Chapter, condemned the incident.

“We condemn the red-tagging of the NUJP,” Quilinguing said, adding that COPC and other media groups in Cagayan de Oro City condemned what they called “baseless accusations” against the NUJP.

Quilinguing called on the media to stay united in the face of threats which, he said, is also the theme of Press Freedom Week.

Pamela Jay Orias, chairperson of the Cagayan de Oro Chapter of the NUJP, said a free press is a hallmark of a free and democratic society.

“A critical press serves the public interest and should therefore not be subjected to attacks,” Orias said.