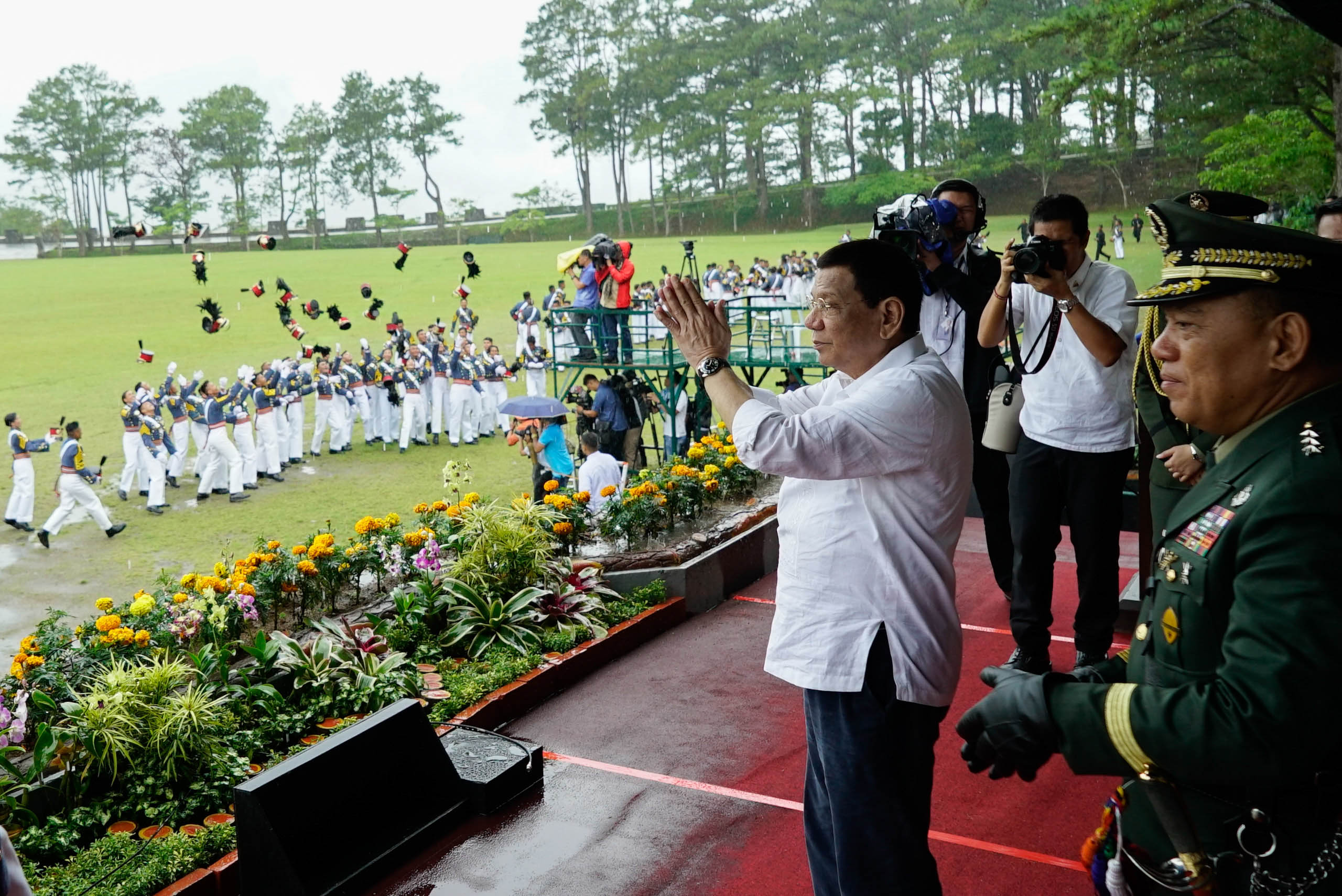 In a press briefing at Camp Crame, Albayalde said the President “probably wants to make everybody happy” during the graduation ceremony of the PMA Mabalasik Class of 2019 in Baguio City on Sunday.

(That’s a very obvious joke. The President was referring to pardon. That’s basically the practice in the PMA whenever the President visits the graduation.)

During the graduation rites, Duterte, who was guest of honor at the event, signed a pardon for administrative offenses of PMA cadets. He then joked that the offenses included rape.

“The number one is for rape. P*t*ng ina. Ang number two is drugs with rape with robbery. Para sa Muntinlupa ‘to? Pangatlo, multiple rape of the women of Baguio, the beautiful ones,” he said.

(The number one is for rape. Son of a b**ch. Number two is drugs with rape with robbery. Is this for Muntinlupa? Third, multiple rape of the women of Baguio, the beautiful ones.)

Albayalde, who is part of the PMA Sinagtala Class of 1986, explained the pardoning of offenses is a tradition during graduation rites at the academy, but these offenses exclude rape.

“Nothing on rape. I can assure you that. Kasi kapag ‘yun ang offense mo, mabilis pa sa alas kwatro, I am sure, labas ka (If that is your offense, I am sure you will immediately be kicked out),” he said. (Editor: Julie Espinosa)