The education department, through OBE, activates emergency hotlines and help desks to respond to needs and queries pertaining to the resumption of classes on June 3.

A Public Assistance Command Center (PACC) at the Bulwagan Ng Karunungan inside the DepEd Complex opened Monday to attend to and address problems and queries of the public regarding the opening of the school year. 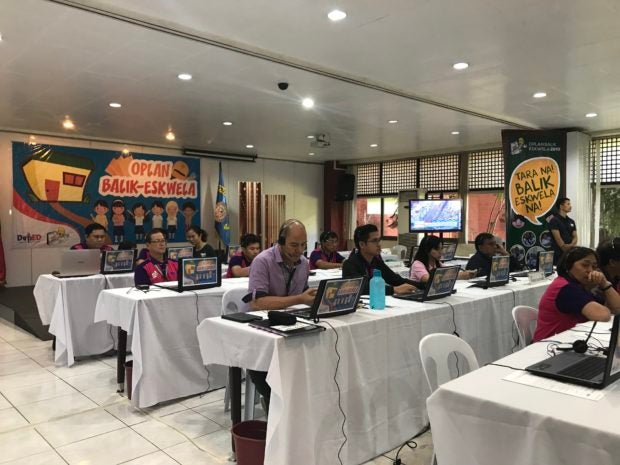 The PACC at the Bulwagan ng Karunungan inside the DepEd Complex is ready to address and attend to concerns regarding the resumption of classes on June 3. The PACC, which will be open until June 7, will also serve as the information and complaints processing zone for the duration of OBE. Photo by Krissy Aguilar / INQUIRER.net

DepEd Secretary Leonor Briones on Monday said that the IATF is proof that education is not an exclusive mandate of the DepEd as it likewise requires the participation of other government agencies.