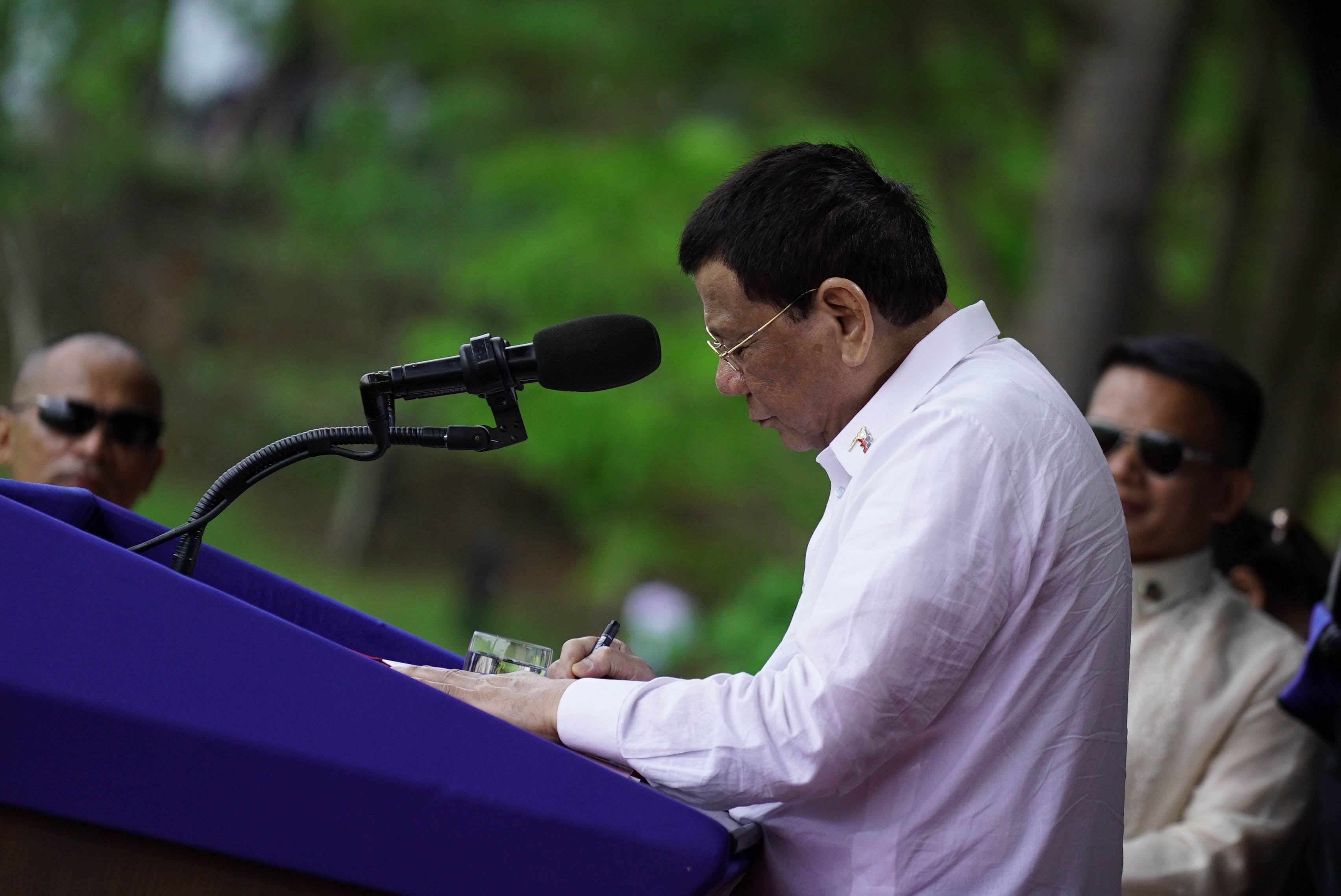 MANILA, Philippines — President Rodrigo Duterte’s rape jokes during his speech at the Philippine Military Academy (PMA) Class of 2019 graduation in Baguio City was only intended to make people laugh.

Presidential Spokesperson Salvador Panelo said this Monday after Duterte cracked a joke on Sunday while signing an order which pardons demerits incurred by PMA underclassmen.

Duterte, who was pretending to read a list of offenses committed by cadets, joked that “rape of women of Baguio” were among the crimes committed.

“The No. 1 is for rape, the No. 2 is drugs with rape — with robbery. ‘Para sa Muntinlupa ito” (They are bound for the penitentiary in Muntinlupa). Third, rape of women in Baguio — the beautiful ones. ‘Sino iyan’ (Who are these)?” the President said, adding that he needed “good and capable soldiers”.

Panelo, however, said the jokes were only intended “to make people laugh,” adding that the public was already used to Duterte’s antics.

“He made some mischievous remarks to make people laugh. People have been so used to his jokes hence his audience always receive them with hearty laughter,” Panelo said in a text message to reporters.

In his speech before the PMA graduates, Duterte said soldiers serve and die for the country.

“Serve your country well. Die for your country if need be. Remember the young Filipinos yet to come, the children… and if you think the country is not run the [right] way and if it will destroy your country, you should know what to do,” Duterte said.

Among the issues Duterte underscored is the need to secure national sovereignty.

“Be good soldiers. Protect the people, secure our sovereignty and preserve the integrity of our national territory,” the President said. (Editor: Cenon B. Bibe Jr.)