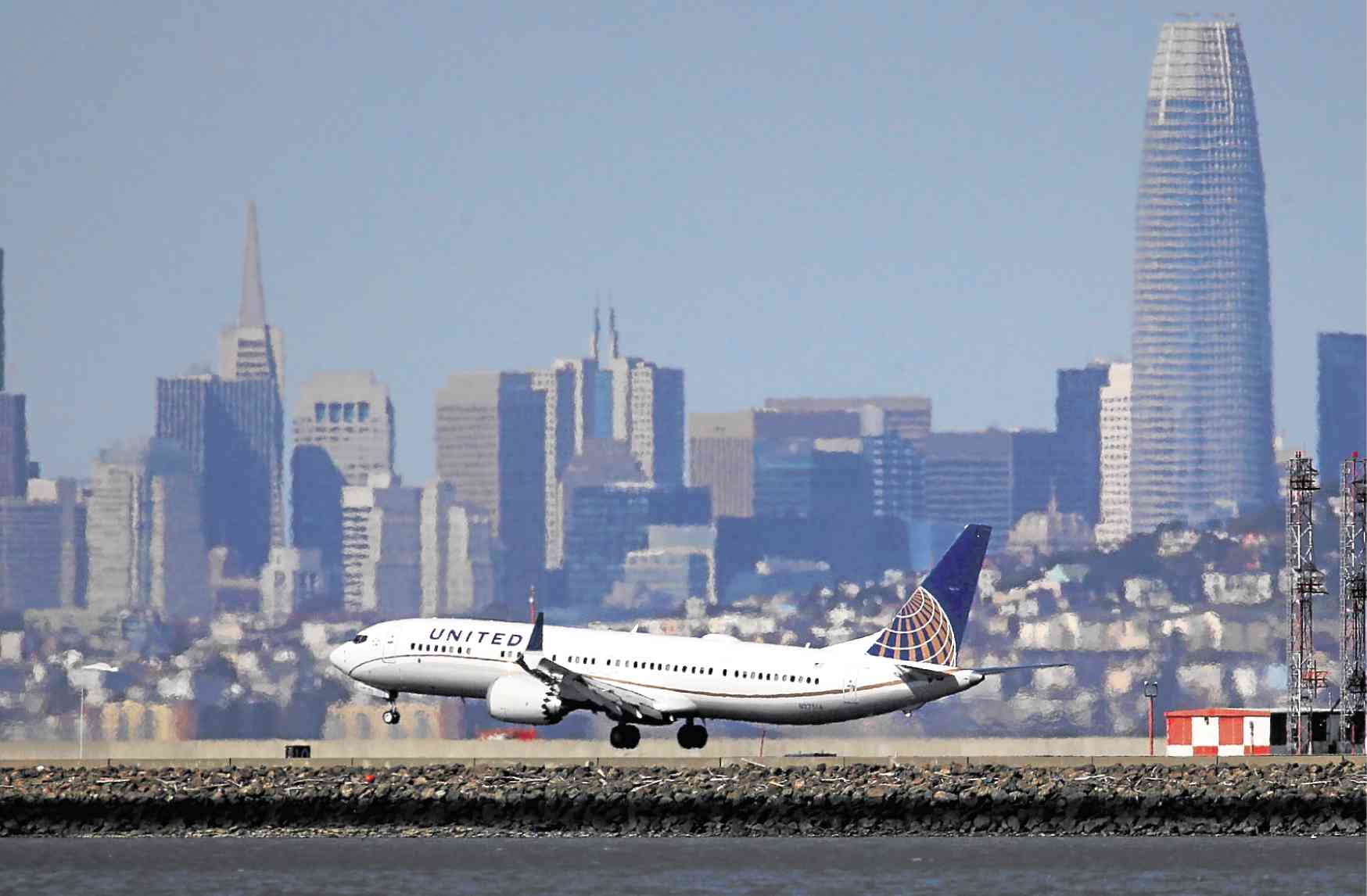 United Airlines is canceling another month’s worth of flights with Boeing 737 Max planes that were grounded after two deadly accidents.

United said Friday it has removed the Max from its schedule through Aug. 3 and will cancel about 2,400 flights in June and July as a result. It had previously canceled all Max flights through early July.

Southwest and American have already dropped the Max from their schedules into August.

Boeing is making changes to flight-control software that investigators believe played a role in crashes in Indonesia and Ethiopia that together killed 346 people. The company is expected to soon formally submit its changes and a proposal for additional pilot training to the Federal Aviation Administration for approval.

Acting FAA Administrator Daniel Elwell said that his agency is conducting a wide-ranging review of the crashes that will guide its analysis of Boeing’s changes to the Max and additional training for pilots.

“We are looking at everything,” Elwell said, adding that the list included pilot procedures, training and aircraft maintenance.

Elwell said no final decision has been made on pilot training, and he declined to give a timetable for the agency’s review, saying only that the FAA won’t allow the Max to return to the skies until it is convinced the plane is safe.

The Wall Street Journal, citing unnamed government officials, reported Friday that the decision to review emergency procedures used by pilots on previous models of the Boeing 737 could contribute to delays in approving the Max’s return to flying. Those procedures include how pilots should respond when onboard computers push the plane’s nose down, the newspaper said.

In a statement, Boeing spokesman Charles Bickers said, “We are working with the FAA to review all procedures.” He said the safety of the previous version of the 737, called the NG, “is not in question” after more than 200 million flight hours in over 20 years.

The FAA held a meeting Thursday in Fort Worth, Texas, with nearly 60 officials from more than 30 countries to explain its process for analyzing Boeing’s changes to the Max.

In a setback to FAA’s prestige, other regulators around the world grounded the plane in March after the second crash without waiting for the FAA to do so. The FAA hopes that this time, other regulators — some of whom are doing their own separate reviews — will approve Boeing’s changes at the same time or soon after FAA does.

“Our review of the Max design changes, the software upgrade, is already underway,” said Nicolas Robinson, the head of civil aviation for Transport Canada, that country’s counterpart to FAA.

Robinson said, however, that it’s “difficult to put a time limit on that” because the length of the review will depend on how quickly Canada gets answers to questions it has about Boeing’s work.

Robinson said that at Thursday’s FAA meeting in Fort Worth, some attendees put timelines on the review process but the consensus — and the view of FAA — was that “this is not about meeting a deadline, it’s about getting safety done properly. It will be done when we feel comfortable.”

United’s decision to cancel more Max flights puts the carrier more closely in line with Southwest and American, the other two U.S. airlines with Max jets, which had already dropped the Max from their schedules into August.

United is using other planes to cover some flights that had been scheduled with its 14 Max jets. However, the airline said that because of the Max’s grounding it will cancel about 1,120 flights in June and about 1,290 in July.