Alaminos mayor-elect: A beacon of hope for youth 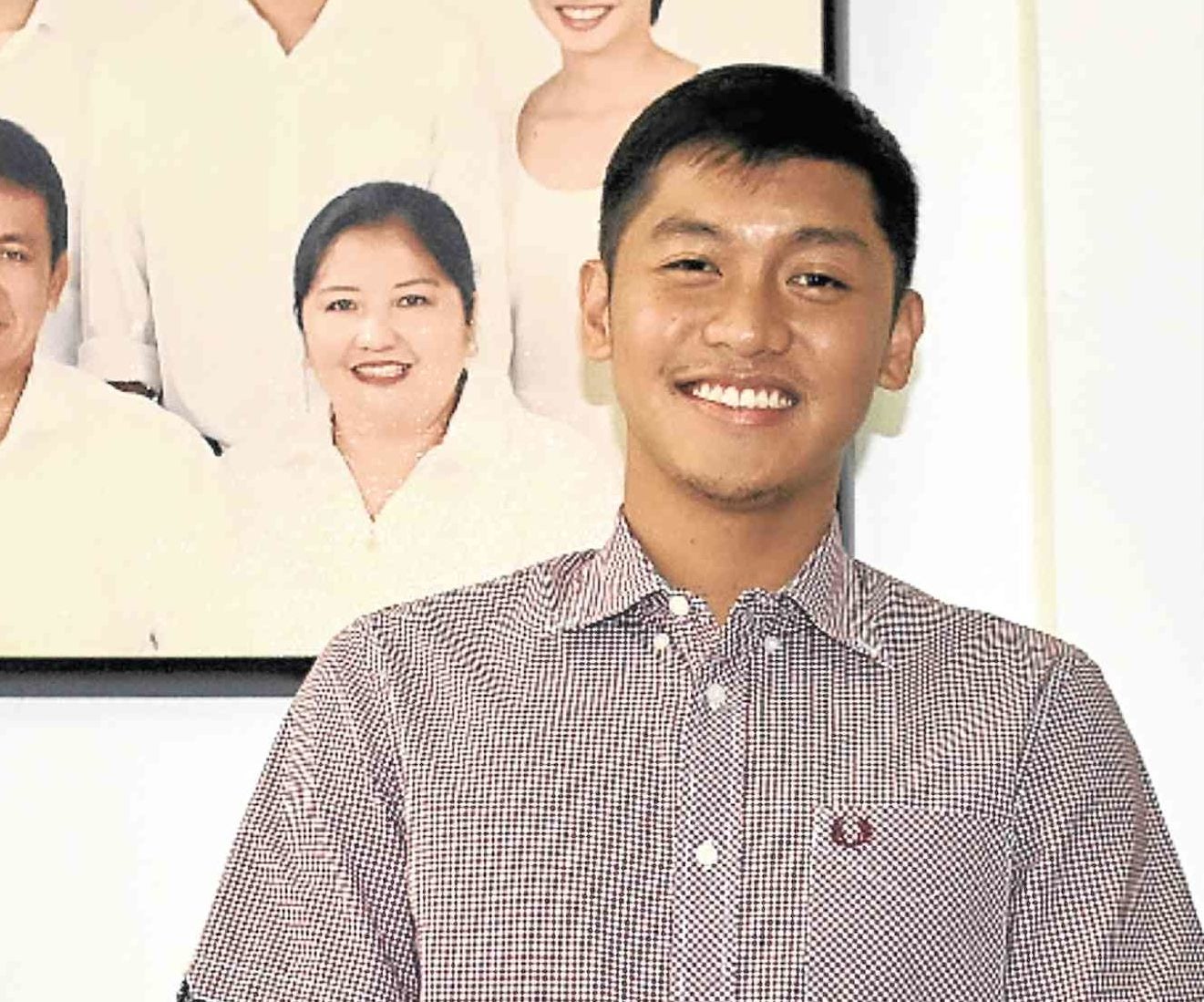 Alaminos City Mayor-elect Arth Bryan Celeste walked 290 kilometers going from house to house in 39 villages of the city in Pangasinan province. He did not count the number of his steps, but the walk led him to the mayoral seat that his father occupies but will vacate soon.

Born on June 5, 1996, Arth Bryan is the son of Arthur Celeste and Chloe Caasi, both of Bolinao town. He finished BS Entrepreneurship at the De La Salle University, where he also completed his grade school and high school education.

At 22, he could be the youngest city mayor in the country but his youth does not deter him to think of programs and projects that could propel Alaminos, the home of the Hundred Islands National Park, to be a top tourist destination.

It is an advantage that he is young, he says, as he encourages more young people to join politics instead of just watching at the sidelines.

In this Inquirer interview, Celeste talks about being young and in politics. Excerpts:

It’s been more than a week since you were elected mayor of this city. How do you feel now?

Now I still feel surreal. Before it was something I couldn’t see myself into yet. But now that I’ve won, I still feel like, wow, this has happened and I feel excited. You know when you have a vision for the city, you don’t feel scared. You actually feel excited to do your job as city mayor.

What did you see in politics that you wanted to get involved in it?

I think it’s because of my desire to help the people. I mean, it’s not hard to see that our system here in the Philippines is really backwards. So rather than being a keyboard warrior and just bash in social media, why not get involved in politics where you can have a voice and make a change?

What is your vision for Alaminos?

My vision is to really improve the tourism of Alaminos City because, look, I wanted it to be the next Boracay, the next Palawan. We have to be honest, our tourism industry [in Alaminos] is booming but we’re not as known as Boracay or Palawan. And that’s what I want our city to be.

What do you think were the factors that made you win?

I can’t deny the fact that one of the biggest factors that made me mayor was the service that my dad did here in Alaminos. Just a story: In our house-to-house campaigns, I would tell the people my name and that I’m the son of the mayor and then ask them not to forget me during elections. And some people would answer: “Why would we forget you? It’s your family that made Alaminos great.” It feels good to hear that.

With your young age, is this an advantage or disadvantage in being a public servant? In what ways?

To me it’s a double-edged sword. It’s both. It’s an advantage because kids these days are dynamic. They’re open-minded, they’re active and our generation per se is very innovative. Example: We just don’t give a box, we give a box with wings. That’s our generation. It’s a disadvantage also because, of course, I lack experience. But you know, they say that the best teacher is experience.

Would you encourage other young people like you to go into politics?

Yes, 100 percent yes. Actually, running young is like becoming a beacon [of hope]. It’s like, wow, this guy is 22 years old and he ran as city mayor. So I became a beacon [of hope] for young people who want to enter politics. So I would want them to run also rather than not to care about politics. Not just enter but also be active in it to effect change. Better to start early than to start late.

What do you hope to accomplish in three years?

I don’t expect to do something grand. Three years is a very short time to do something really big. But who knows, maybe I can come up with something that can change Alaminos. But for my first few months, I would like to fix the small things first… like I’ll look at the queuing system of the boats [going to the Hundred Islands National Park] … I’m not gonna say, in three years, I’m going to solve poverty.