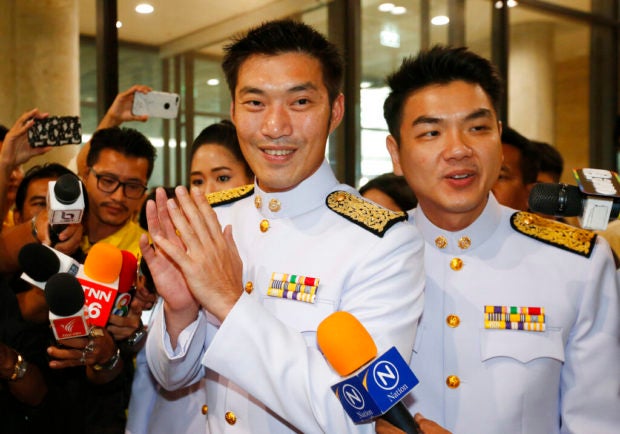 The leader of Thailand’s Democrat Party Thanathorn Juangroongruangkit (center) and secretary-general Piyabutr Saengkanokkul, right, arrives at the parliament Bangkok, Thailand on May 24, 2019.  AP

BANGKOK — Thailand’s king has addressed the first session of an elected parliament since the military staged a coup in 2014, advising lawmakers to take their responsibilities seriously because their actions will affect national security and the people’s well-bring.

King Maha Vajiralongkorn spoke Friday to declare the parliamentary session officially open after a general election in March. Its first major business will be to select a prime minister to lead a new government.

The government formation has been complicated by the failure of any single party to win an absolute majority in the House of Representatives.

The military-backed candidate, Prayuth Chan-ocha, is virtually certain to become prime minister. He staged the coup and has been prime minister and junta chief since then. /ee