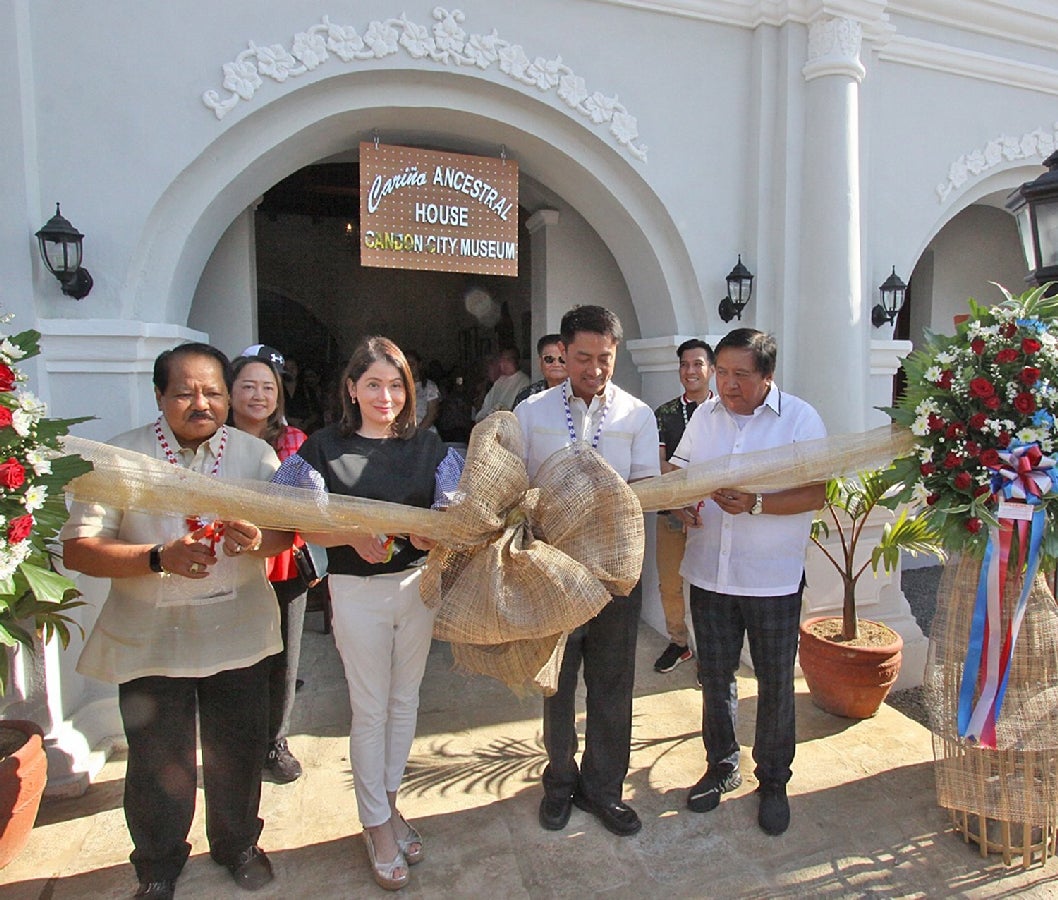 Tourism Secretary Berna Romulo-Puyat (2nd from left)leads the cutting of ribbon during the inauguration of the Cariño Ancestral House, a museum that used to be the house of heroine Gabriela Silang in Candon City. Puyat was joined by Ilocos Sur Rep. Eric Singson (right) and Candon City Mayor Ericson Singson (2nd from right). (Photo by Leoncio Balbin, Jr.)

CANDON CITY, Ilocos Sur — What used to be the dwelling place of heroine Gabriela Silang here now houses the city museum of Candon.

“This is a major headway to introduce Candon’s glorious past and carved our way to the tourism map,” Candon City Mayor Ericson Singson said.

Found in the museum are Candon’s known artifacts, collections and objects like the wooden seal of the short-lived Republic of Candon on March 25, 1898.

Candon’s declaration was ahead of the country’s own independence declaration in Kawit, Cavite.

The museum also features collections from the descendants of Sakadas (skilled laborer) as Candon is the home of the first 15 Sakadas that arrived in Hawaii on board SSS Doric on December 6, 1906.

Its restoration was funded by the National Historical Commission of the Philippines and was initiated by Ilocos Sur Rep. Eric Singson. (Editor: Leti Z. Boniol)