Comelec: 59.2% of teachers who served as poll workers already paid

MANILA, Philippines — The Commission on Elections (Comelec) on Friday said around 59.2 percent of teachers who served as poll workers during the May 13 midterm elections have already received their honoraria.

Public school teachers who served as Election Board (EB) Chairpersons are entitled P6,000 to while EB Members will receive P5,000. 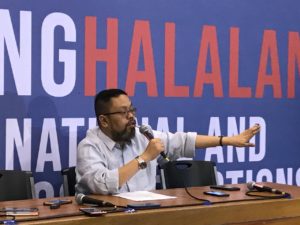 As for the Department of Education Supervising Officers (DESO), they will receive P4,000 while their support staff will receive P2,000.

On top of their honoraria, poll workers will receive P1,000 transportation allowance.

According to Comelec Spokesman James Jimenez, they are expecting to complete payment in the next four days.

“We’re at 11 days after the elections, so we expect that they will be fully paid in four days’ time. That’s the standard we set, payment within 15 days,” he said.