Healthy dog put down to be buried with owner | Inquirer News

Healthy dog put down to be buried with owner 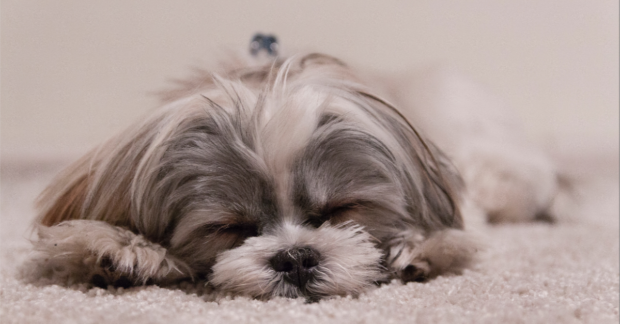 One pet owner’s will stated that her dog should be buried with her.  Image: Unsplash/Adam Grabek

Though dogs are known for their unfailing loyalty, one woman in the United States wanted her beloved pet to be with her even in death.

The late woman’s will stated that the dog was to be euthanized and placed in an urn along with her, WWBT reported on May 16.

The executor of the estate obeyed her request despite a Virginia animal shelter’s pleas to give the dog a new home.

The Shih Tzu mix was still healthy when she was taken to the Chesterfield Animal Shelter on March 8. During her stay there, shelter staff talked to the executor several times to stop the dog from being put down, but to no avail.

In the end, the dead woman’s will prevailed: The dog was taken on March 22 and the executor proceeded with her euthanasia and cremation.

A Virginia cemetery code prevents pets to be laid to rest with humans in commercial cemeteries. However, exceptions remain for private and family-owned cemeteries.

Under American law, pet animals are considered property, so it is legal to euthanize them even when they are healthy.

But some veterinarians would decline such requests for ethical reasons.

Dr. Kenny Lucas of the Shady Grove Animal Clinic told WWBT, “Whenever we’re faced with a euthanasia situation, it’s a very emotional situation… that we need to do ethically, and we’ve taken an oath to do.”

He added, “It’s something we take home, too. It weighs on us as professionals.” Niña V. Guno

My dog and I, til death do us part