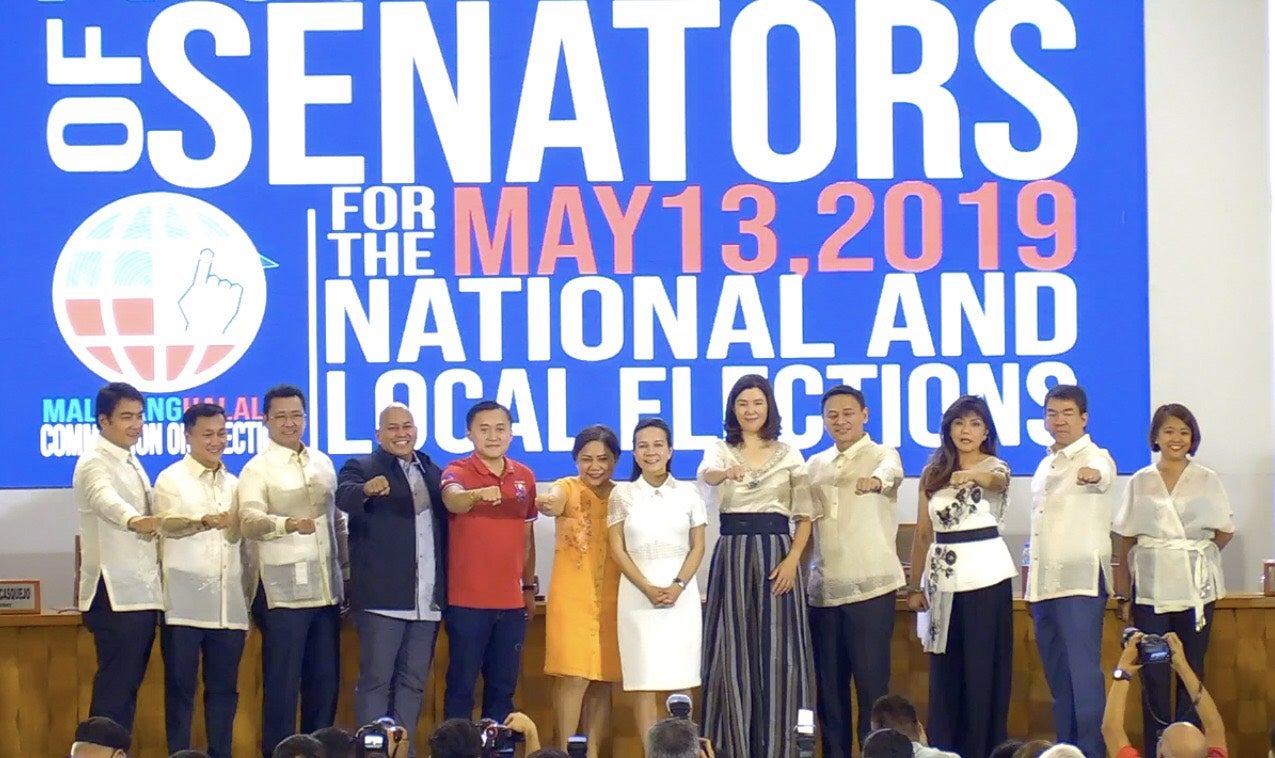 Newly proclaimed senators, except for Grace Poe and Nancy Binay (7th and 12th from left), do the signature first bump of President Rodrigo Duterte during a photo op after the rites at the PICC on Wednesday, May 22, 2019. INQUIRER.NET / DAPHNE GALVEZ

MANILA, Philippines — All newly-elected senators, except for senators Grace Poe and Nancy Binay, made President Rodrigo Duterte’s signature fist bump during the proclamation of winning senators on Wednesday.

Twelve new senators were proclaimed at the PICC a week after the May 13 polls.

During the 90-day campaign period, Poe ran as an independent candidate while Binay ran under the United Nationalist Alliance (UNA), while the rest, except for Lito Lapid, were backed by the administration. (Editor: Cenon B. Bibe Jr.)