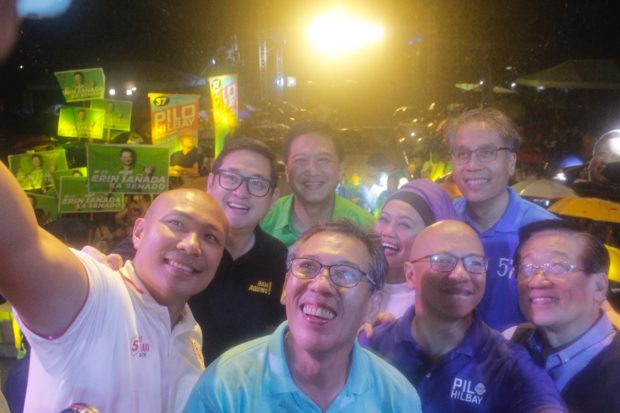 “Literally, chopper vs tricycle,” the Marawi-based civic leader used this logic in an interview over  ANC’s “Early Edition” when asked how the opposition bets failed to secure Senate seats in terms of strategy versus those candidates backed by the administration.

“I was hearing one candidate every week nasa Cebu siya, and we were just once or twice, thrice in Cebu, which is vote-rich with 2.3 million votes,” Gutoc said. “Can you imagine yung lack sa aming travel? As early as November, meron na silang undue advantage. Nakita mo naman sa Edsa, on buses, nakadikit na yung mga mukha nila.”

“So, in terms of kulang, dun kami kulang [introduction of names],” Gutoc said. “Otso Diretso was the brand but the name recall was difficult.”

Gutoc also pointed out that administration-backed senatorial candidates were “really name-recalled,” saying that they either came from political dynasties or from showbiz.

“We didn’t have their 30-year record,” Gutoc said. She cited returning senator Lito Lapid, whom she said was “an institution in the acting industry.”

“Konti pang artista at that time and mga business persons umiiwas pa, we couldn’t get as much ads,” Gutoc said. “There were so many factors against us.”

Five incumbent senators, three first-time and four former senators were proclaimed as winners in the senatorial race in the 2019 mid-term polls.