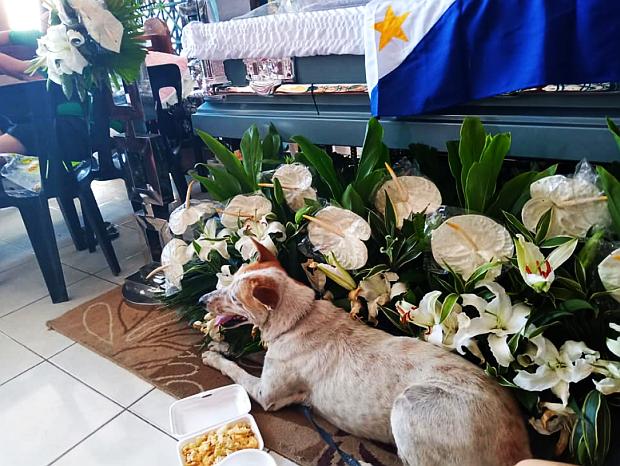 MANILA, Philippines — A Facebook post of a dog waiting by the door of a faculty room in Mabalacat City College in Pampanga for a professor who died recently went viral on social media on Monday, May 20.

Ma. Kristina Paola Demafelix shared on her Facebook timeline her experience of seeing Buboy, the school dog, waiting for the professor who used to pet him and give him food.

[Every time I would see you, Buboy, I felt like crying… It hurts losing a pet dog. How much more if you lose a master who treated you like family? Even Sir didn’t have classes, he would go to school to look after you and give you food.]

Demafelix said that Buboy used to follow their teacher around, starting at the school gate on his entry and then to the classroom and to the faculty office during lunchtime, and up to the time he would go out of the gate on his way home.

According to Demafelix, their teacher, Carmelito Marcelo, had a stroke early last week. At first, it looked as though he would recover. But then on Saturday, he died.

While their Marcelo was still in the ICU, Buboy had already been visiting the faculty room from time to time. On Monday, Demaflix saw Buboy outside the faculty room, laying his paws on the door as if he was knocking.

[Sir Marcelo wasn’t able to go to school because he was in the ICU. But Buboy would still go to the faculty room, and yesterday we saw him seemingly knocking at the door.]

On Tuesday, Demafelix decided to bring Buboy to the wake of their professor, hoping that it might help the dog understand why he would not see his friend anymore.