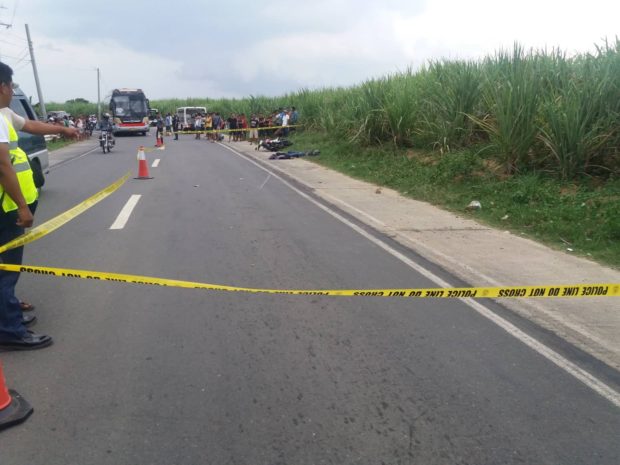 Police inspect the crime scene in Surcoc, Naguilian, Isabela, where a retired police officer and a woman were killed on Monday. Photo courtesy of Philippine National Police-Naguilian, Isabela

NAGUILIAN, Isabela — Police on Tuesday said love triangle or a personal grudge could be the motive behind the killing of a retired police officer and a woman believed to be his girlfriend on Monday.

The victims were identified as Edralino Domingo, 63, a retired senior police officer in Aurora town, and Jane Dagman-Tul-o, 45, a jewelry re-seller from Soliven town.

Investigators said Domingo ran but lost as a town councilor in the May 13 midterm elections, while Dagman-Tul-o used to work overseas. The two died instantly.