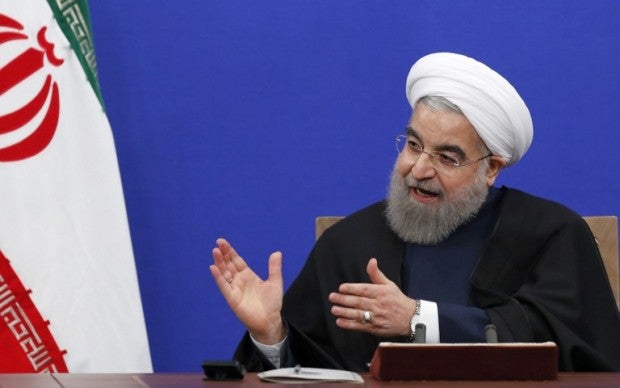 DUBAI — Iran’s president has told a group of clerics that he is seeking expanded, wartime executive powers to better deal with an “economic war” triggered by the Trump administration’s pullout from the nuclear deal and escalating U.S. sanctions.

The state IRNA news agency reported late Monday that President Hassan Rouhani cited the 1980s war with Iraq, when a wartime supreme council was able to bypass other branches to make decisions regarding the economy and the war.

The report didn’t say what the new powers would entail but quoted Rouhani as saying that “today, we need such powers.”

Rouhani said Iran is facing unprecedented problems in “banking and selling oil” but that the country “is united that we should resist the U.S. and the sanctions.” /kga