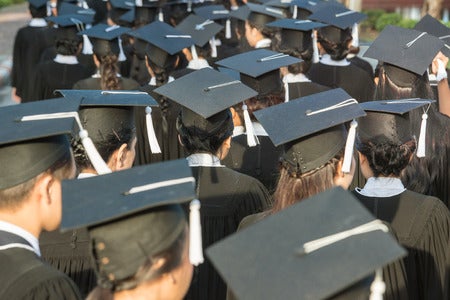 A 17-year-old student from Memphis, Tennessee, has been accepted to more than 40 colleges and received over 50 scholarships totaling around $3 million (approx. P157 million).

Tupac Mosley, who recently graduated as valedictorian from the Raleigh Egypt High School, shared his moving story during his speech to the graduating class, as per Fox 13 on May 20.

“When I heard that I got $3 million, I was more than elated and excited and astonished that it was that much,” he said in the report.

Prior to graduating and receiving his college scholarships, though, it was reported that Mosley and his family were homeless after being evicted last Feb. 21.

“After my father passed, we fell behind on bills and we ended up getting evicted from our home February 21 of this year,” he said. “So, we went to different homes so far and we were blessed to have For the Kingdom.”

Mosley and his family ended up staying at a camping site maintained by the non-profit organization For the Kingdom, which helps urban children and teenagers in their city. According to Mosley, it was the organization’s director who allowed him and his family to stay there.

Despite their precarious situation, however, Mosley maintained a 4.3 GPA and finished strong.

He expressed his heartfelt gratitude to his high school teachers and principal, who all encouraged and supported him throughout the way. He said he knew in himself that he had to make them proud and show them that their investment in him was worth it.

He also encouraged his fellow graduates to keep strong despite difficult times: “Never let your current situation, whatever circumstances you’re going through, be a mountain that you can’t climb.”

Mosley is slated to attend Tennessee State University in Nashville this 2019 and plans to major in electrical engineering. He is also preparing to move into a permanent home.  Cody Cepeda /ra

17-year-old student prevails over homelessness, gets accepted into 17 colleges