27 narcopols back in office – PNP 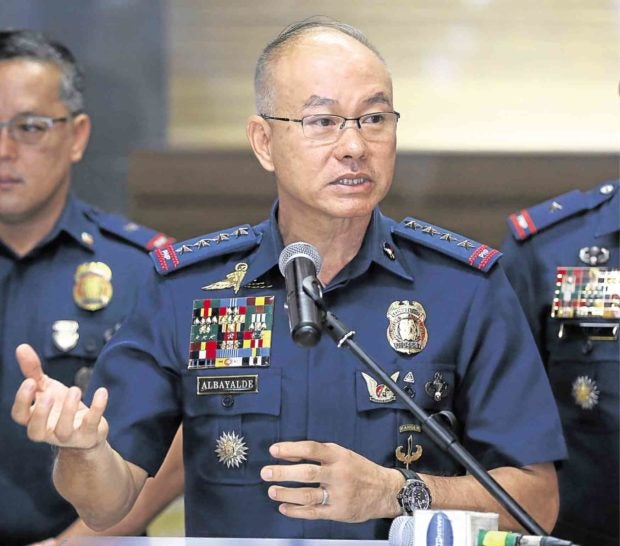 MANILA, Philippines — It will be business as usual for local politicians already facing complaints in the Office of the Ombudsman this year for their alleged involvement in the narcotics trade after their reelection last week.

At a press briefing on Monday in Camp Crame, Gen. Oscar Albayalde, Philippine National Police chief, said that of the 47 officials on the government’s narcolist, 37 ran for reelection and 27 won.

In March, the Department of the Interior and Local Government (DILG) filed administrative complaints against 46 incumbent local officials for their alleged involvement in the illegal drug trade. Among them were 35 mayors, seven vice mayors, a provincial board member and three members of the House of Representatives.

President Rodrigo Duterte had named and shamed some of these officials in a public address. Many of them, however, had denied their links to the drug trade.

Now that these officials are back in office, Albayalde said: “Our investigation … will continue, as the [DILG secretary] has said that if we find evidence … we will file both criminal and administrative cases against them.”

Records of the PNP showed that no criminal complaint had been filed against officials on the government’s narcolist. The DILG earlier said it would be up to the Philippine Drug Enforcement Agency to file the complaints.

“Our voters seemed not mature enough, but then the public has spoken, the people have spoken … It is now my job to ensure that these government officials will do their jobs in accordance to the mandate of the Local Government Code,” Año told the Inquirer on Monday.

Sen. Richard Gordon, chair of the Senate blue ribbon committee, said concerned government agencies, including the Commission on Elections and the Bureau of Internal Revenue, should look into how these suspected drug personalities won amid the government’s war on drugs.

In particular, he said law enforcement agencies and the Anti-Money Laundering Council must check reports that there were “large-scale withdrawals from banks” in areas where suspected narcopoliticians and their relatives ran for public office apparently to buy votes.—With a report from Marlon Ramos