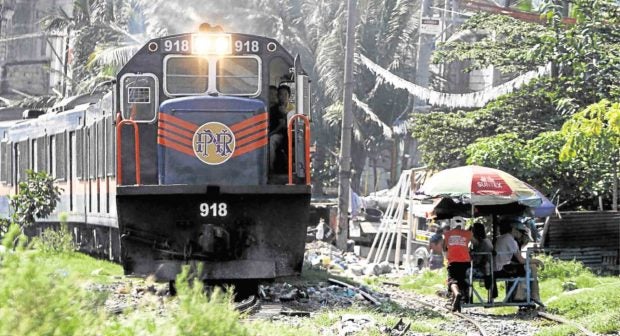 NORTHERN LINK Passengers from Metro Manila can look forward to a faster and convenient ride to Bulacan province as the government targets to complete in 2021 the Tutuban to Malolos line under the Philippine National Railways Clark Phase 1. —RICHARD A. REYES

On Monday, Tugade and officials of Taisei Corp. and D.M. Consunji Inc. (DMCI) signed the contract for the civil works of the Philippine National Railways (PNR) Clark Phase 1.

The project’s Phase 1 (Tutuban to Malolos) has two packages: Tutuban to Bocaue and Bocaue to Malolos.

When completed before President Rodrigo Duterte’s term ends in 2022, the P106-billion railway is expected to serve around 350,000 daily commuters from Tutuban to Malolos, and will reduce travel time between Manila and Bulacan from one hour and 30 minutes to only 35 minutes.

Tugade said he wanted the project to be operational as early as the third quarter of 2021.

He said the Department of Transportation was processing the remaining small portion of the right of way acquisition for the project.

The government has awarded to the consortium of DMCI Holdings Inc. and Japanese firm Taisei Corp. the first construction package of the PNR Clark Phase 1.

“These two companies proved that they believed in the government in carrying out the ‘Build, Build, Build’ projects of our President,” Tugade said during the contract signing at the terminal site in Malanday, Valenzuela City.

The project is financed through an official development assistance from Japan International Cooperation Agency.