Harris’ plan would require companies to disclose pay policies while applying for a mandatory “Equal Pay Certification” from the Equal Employment Opportunity Commission.

Companies that fail to achieve certification would be fined 1% of their profits for every 1% wage gap they allow to persist for work of equal value. 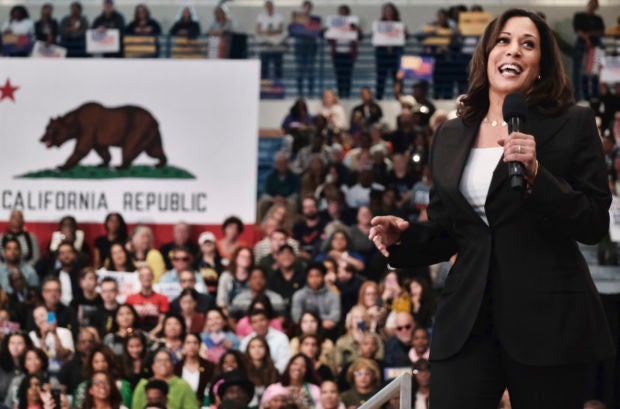 The U.S. senator from California says $180 billion would be generated over 10 years, with fines decreasing over time as companies strengthen their equal pay practices.

“Kamala Harris has a simple message for corporations: Pay women fairly or pay the price,” her campaign said in announcing the plan Monday, noting that the burden has been on workers to hold corporations accountable for pay discrimination.

“We’ve let corporations hide their wage gaps, but forced women to stand up in court just to get the pay they’ve earned. It’s time to flip the script and finally hold corporations accountable for pay inequality in America,” the campaign said.

The equal pay plan is the latest proposal from Harris, who has been seeking a break-out moment in a crowded field of Democrats seeking the party’s nomination.

Earlier, she outlined a plan that would raise pay for teachers nationwide, and she has also focused on housing affordability.

However, she has lagged behind Massachusetts Sen. Elizabeth Warren, who has been the policy pace-setter among the Democratic field.

In Harris’s equal-pay plan, the campaign says, companies would be prohibited from asking about prior salary history as part of their hiring process, banned from using forced arbitration agreements in employment contracts for pay discrimination matters, and would be required to allow employees to freely discuss their pay.

They would also be required to report the share of women who are among the company’s top earners, the total pay and total compensation gap that exists between men and women, regardless of job titles, experience and performance.

All federal contractors will be required to achieve Equal Pay Certification within two years of Harris taking office, her campaign says.

If they do not, they will be barred from competing for contracts valued at more than $500,000.  (Editor: Gilbert S. Gaviola)