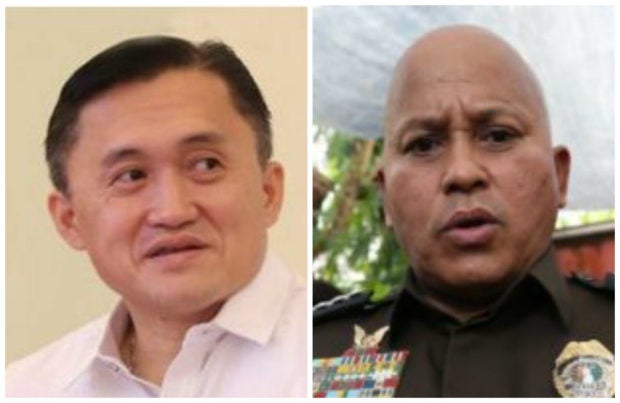 MANILA, Philippines — The “jockeying” for the coveted chairmanships in the Senate has begun, Majority Leader Juan Miguel Zubiri bared Monday.

“Grabe na ‘yung lobbying ngayon, there’s a lot of jockeying for posts,” Zubiri said in an interview after a caucus of the majority bloc in the Senate.

He said some committee chairmanships have already been decided but he refused to identify them. Among the coveted committees in the Senate, he said, are the finance, justice, blue ribbon, health, and education.

The committee on finance is currently being chaired by outgoing Senator Loren Legarda; Senator Richard Gordon is chair of the justice and the blue committees; while health and education panels are being headed by Senators JV Ejercito and Francis “Chiz” Escudero, respectively.

Legarda was elected representative of Antique, Escudero is the new governor of Sorsogon while Ejercito is at the 13th spot of the senatorial race based on partial and official count of the Commission on Elections.

But because of “equity of the incumbent rule,” Zubiri said, Gordon will continue to chair the justice and blue ribbon panels.

The finance committee, he said, would likely go to Senator Sonny Angara, who won another term in the Senate as shown in Comelec’s partial and official count.

“Finance is being lobbied for but the group here, the majority of the members here…almost all unanimous are with Senator Angara for finance,” Zubiri said.

“I believe he (Angara) might be giving up already ways and means…” the Majority Leader added.

Senator-elect Bong Go, meanwhile, expressed his interest to lead the health committee and the majority would likely grant his request, according to Zubiri.

Another incoming senator, Ronald “Bato” dela Rosa, would likely get the chairmanship of the committee on public order, currently being headed by Senator Panfilo Lacson.

Both Dela Rosa and Lacson had taken the helm of the Philippine National Police.

Zubiri said Lacson was “very gracious” to give the chairmanship to Dela Rosa.

“And i believe Senator Ping will be new chairman of the defense committee kasi mababakante kay Senator Greg,” he said, referring to Senator Gringo Honasan, whose term will expire on June 30. (Editor: Katherine G. Adraneda)