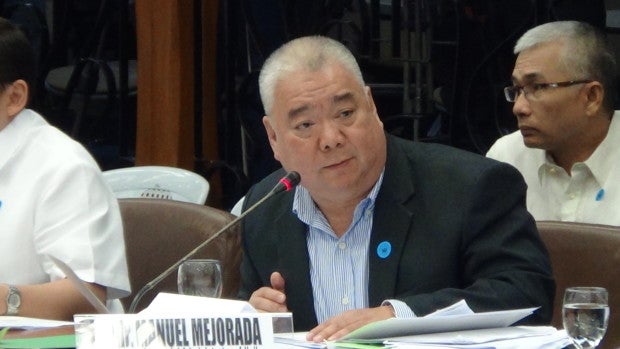 ILOILO CITY, Philippines–An Iloilo blogger and radio blocktimer earlier convicted for libel for his social posts against Senator Franklin Drilon has again been indicted for cyberlibel.

In a five-page resolution received by the complainant on May 16, the Iloilo City Prosecutor’s Office found probable cause against former Iloilo provincial administrator Manuel “Boy” Mejorada for five counts of cyberlibel in relation to his social media posts against Iloilo Gov. Arthur Defensor.

The prosecutor’s office cited five Facebook posts of Mejorada from September to November last year that accused Defensor among others of using Disbursement Acceleration Program funds to buy votes in the 2013 elections.

He also called the governor in his posts “the worst among the corrupt” and a “dishonorable man.”

In his counter-affidavit, Mejorada said his posts fall under purview of fair comment on the governor’s official acts.

But the city prosecutor’s office pointed that Mejorada’s posts were not factual reports as he was the one who filed administrative and criminal complaints against Defensor.

His radio programs and social media posts criticized Defensor and the governor’s son and namesake Iloilo Rep. Arthur Defensor while at the same time promoted and supported the candidacy of Iloilo Rep. Ferjenel Biron.

Representative Defensor defeated Biron by a landslide in the gubernatorial race of Iloilo.

In a statement, Mejorada said his indictment is “part of a vise-grip being employed by those in power that is growing stronger and tighter to curtail press freedom.”

He said he was exercising his right to freely comment on public issue on his allegation of irregularities in the landscaping and parking lot project of the provincial capitol.

“I hope the Supreme Court can strengthen the guaranteed freedom of the press and remind public officials that they have a duty to respond to issues, and not clam down and hide behind the cyberlibel law to stifle criticism,” he said.

In March this year, the Court of Appeals affirmed the February 1, 2017 decision of the Pasay City Regional Trial Court finding Mejorada guilty of four counts of libel for his social media posts against Drilon.

The RTC sentenced Mejorada to a jail term from a minimum of two years, four months and one day to a maximum of four years and two months.

Mejorada has filed an appeal before the Supreme Court.