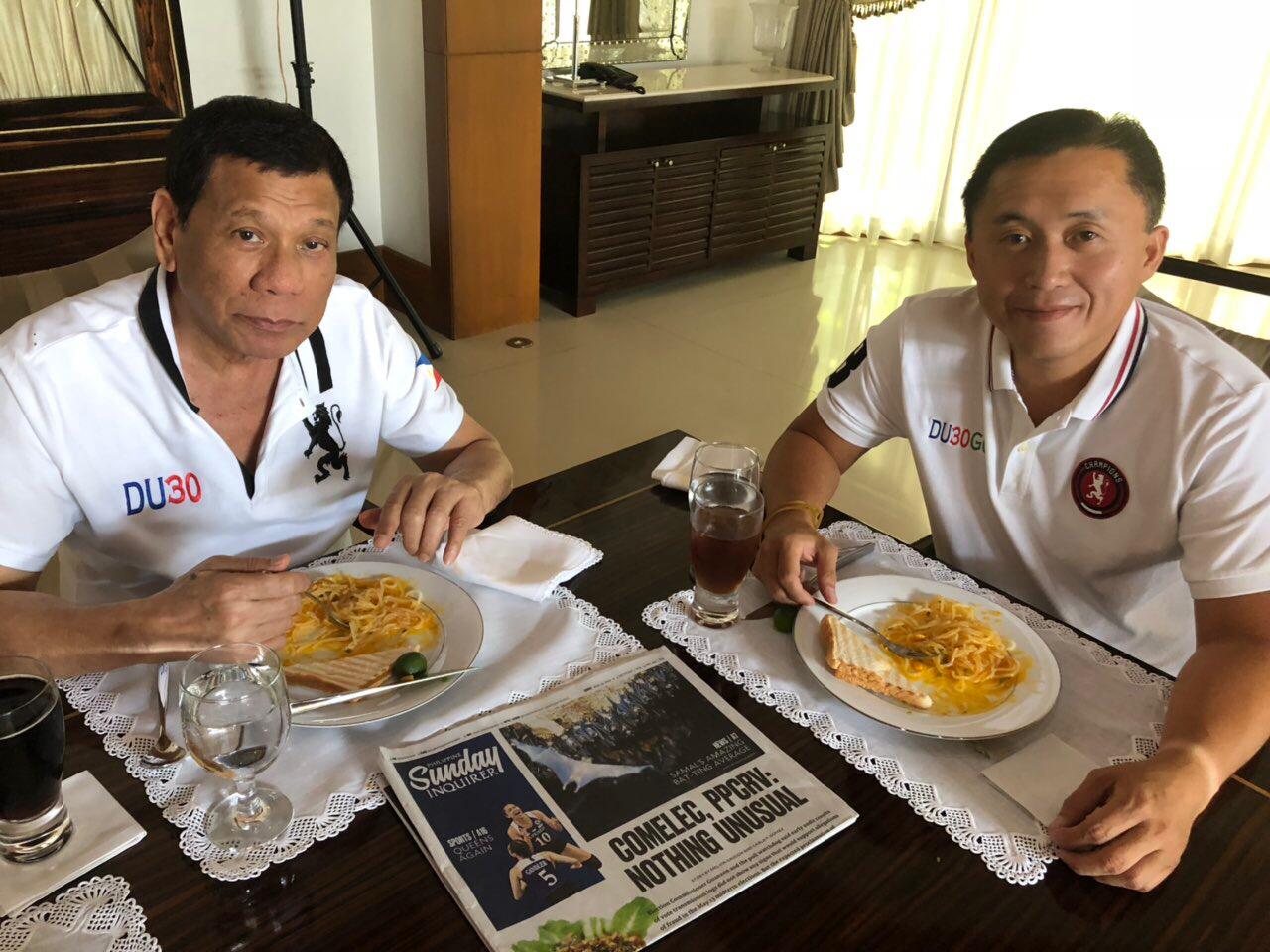 President Rodrigo Duterte and former special assistant to the president Christopher “Bong” Go with the May 19 issue of the Philippine Daily Inquirer.

MANILA, Philippines — Former special assistant to the president Christopher “Bong” Go released on Sunday photos of President Rodrigo Duterte to dispel speculations he was sick and was hospitalized.

The photos showed the President having a snack with Go at the Bahay Pangarap in Malacañang. On the table was a May 19, Sunday issue of the Philippine Daily Inquirer.

Speculations that Duterte was sick and hospitalized at the Cardinal Santos Medical Center in San Juan City surfaced after he was out of the public eye for five days after he cast his vote in Davao City on May 13.

He also revealed that he had a colonoscopy and endoscopy and that he has been undergoing regular blood tests.  (Editor: Julie Espinosa)