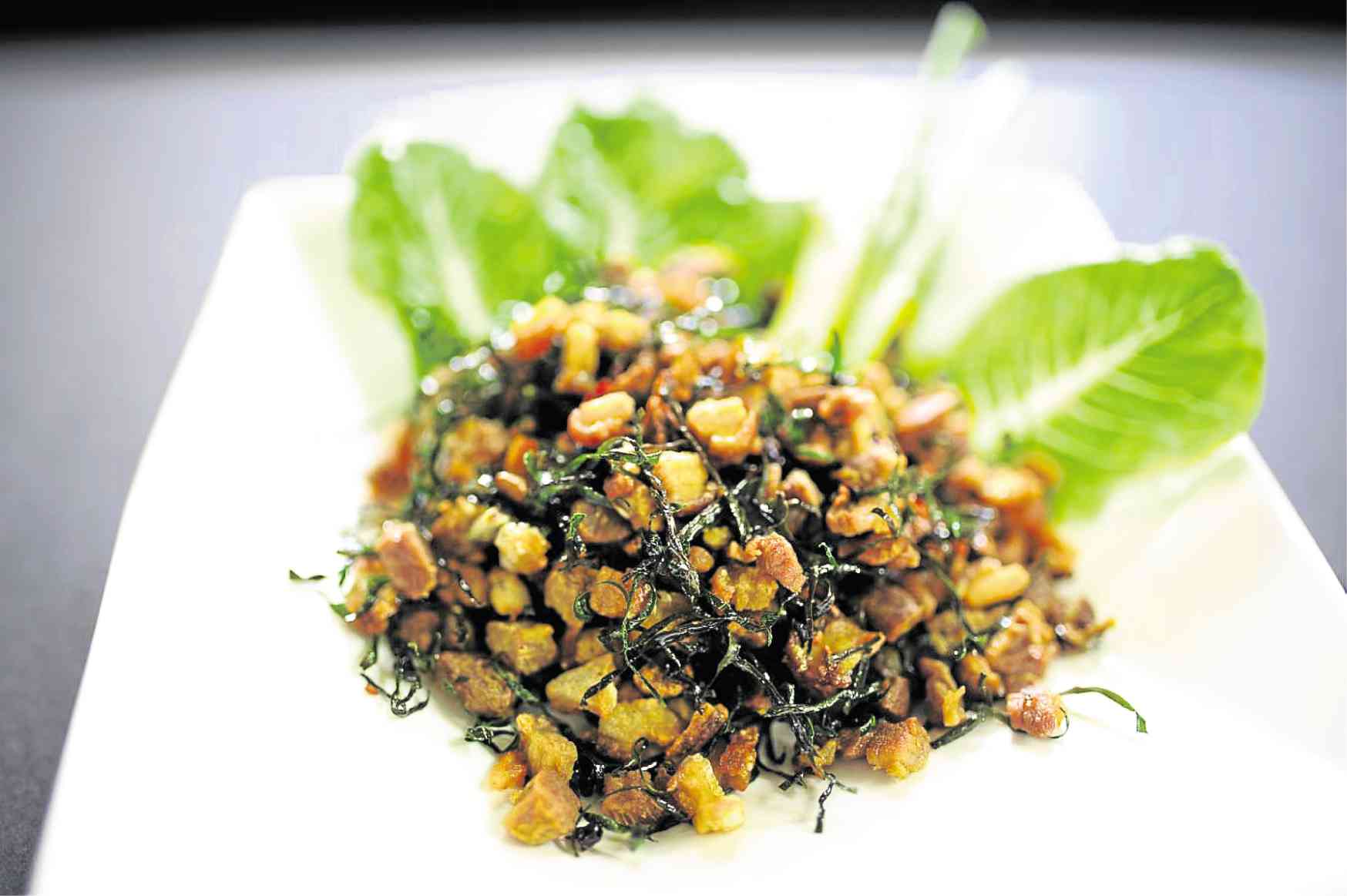 MEAT AND HERBS “Etag” (smoked meat) brings out another layer of flavor when prepared with herbs.—PHOTO BY EV ESPIRITU

In 2016, culinary experts in the Cordillera were invited by the Department of Tourism (DOT) to participate in an “immersion” tour so they could witness how upland people prepared their meals.

They must have been so impressed by their food encounter that they concocted new versions of the indigenous dishes, including those traditionally served during the “cañao,” the communities’ grand celebration of thanksgiving. 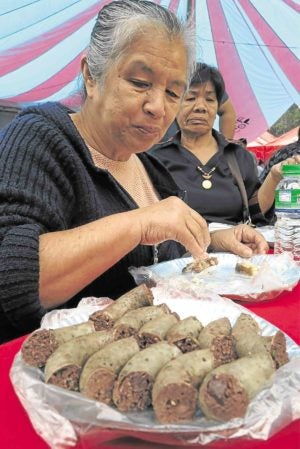 NATIVE SAUSAGE “Pinuneg” (blood sausage),made from pig’s blood, is among
the dishes served during gatherings in the Cordillera.—PHOTO BY EV ESPIRITU

Cordillera recipes are indeed undergoing changes from one generation to the next, but a recently launched book, “Heirloom Recipes of the Cordillera,” exhorts highlanders to reconnect with the old ways of preparing food that reflect their communities’ ties with the world.

The book says, for instance, that there is more to etag than the long curing process of pork slabs smothered with salt under open flame, preferably fueled by birch and redwood to provide its unique flavor.

Etag remains a communal delicacy, and family members partake of the meat during cañao feasts, which mark every stage of life in the community — from welcoming a newborn or honoring a death, says Judy Cariño-Fangloy of Partners for Indigenous Knowledge-Philippines (PIKP).

PIKP and the Philippine Task Force for Indigenous Peoples produced “Heirloom Recipes of the Cordillera,” a compilation of 100 indigenous recipes, which was launched in April in Sagada, Mountain Province, and in Baguio City. 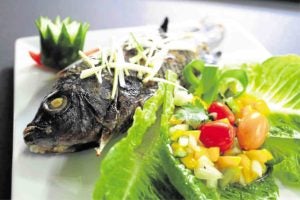 The recipes show how older generations lived off the land.

“From careful observation and experience, the people learned the best time to plant seeds and when to harvest. They knew when and how to catch the fish, gather the snails, crabs, frogs and tadpoles from the waters, and collect the edible mushrooms,” Fangloy says. 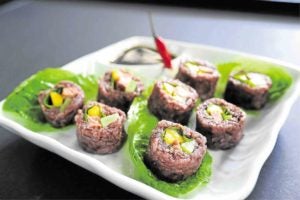 The people worked with simple ingredients and cooking implements, she said, because most families learned to live with what was available.

Nothing was wasted and every meal could be shared, she adds. 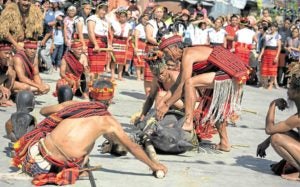 SACRIFICIAL ANIMAL Native black pigs are sacrificed during community gatherings and feasts, and are prepared, cooked and shared with the “ili” (village).—PHOTO BY EV ESPIRITU

The book also features 20 rice recipes, indicating how many upland community meals are connected to the cycle of producing rice, says Rita Papey, nutrition program coordinator of the National Nutrition Council in Cordillera.

Seasons in Ifugao are referred to by the applicable stages of the rice cycle, Papey says. 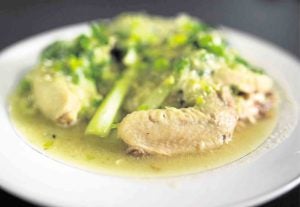 Producing most Cordillera meals is often a family effort. An Ifugao household prepares “binakle” (rice or camote cake) after supper so it can be served for breakfast the next day.

Leftovers are packed as snacks for family members working in the fields. 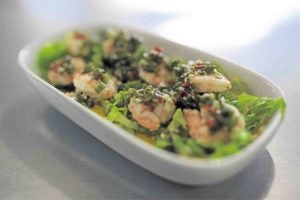 Papey says Filipinos can embrace some Cordillera recipes as healthy food options to combat what she describes as their “changing dietary patterns due to processed calorie-dense food and a reliance in technology that leads to a sedentary lifestyle.”

The cañao is also an avenue for expressing gratitude for “the bounty of the land, which continuously provides nourishment for generations,” she says.

“The food nourishes not only the body, but also the spirit, the community, the race,” Fangloy says.