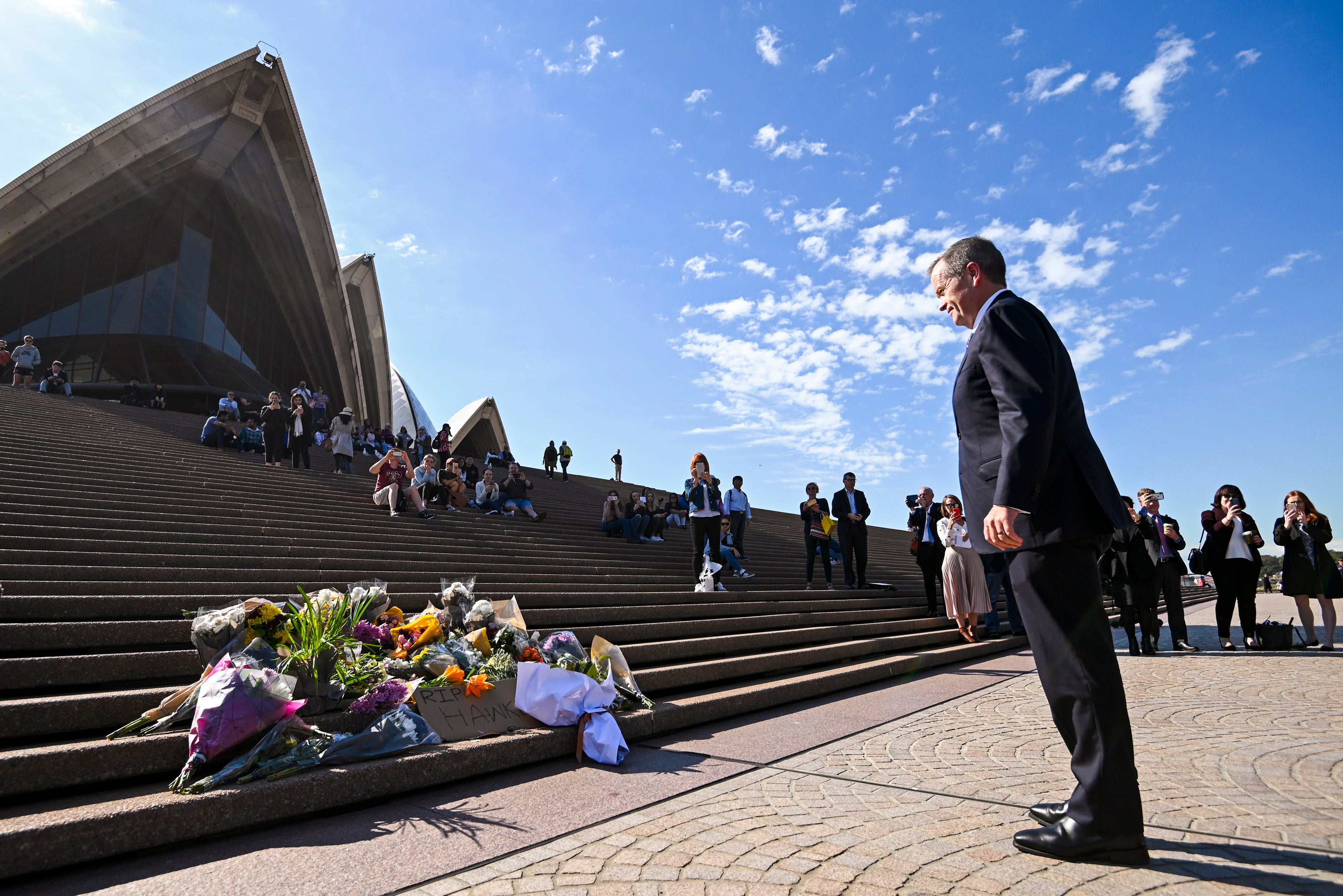 Australian Labor Party leader Bill Shorten, right, pauses after placing a floral tribute to the late former Australian Prime Minster Bob Hawke at the Opera House in Sydney, Friday, May 17, 2019. A federal election will be held in Australian on Saturday May 18, 2019. (Lukas Coch/AAP Image via AP)

CANBERRA, Australia — Polling stations opened across Australia on Saturday in elections that are likely to deliver the nation’s sixth prime minister in as many years.

Opinion polls suggest the conservative Liberal Party-led coalition will lose its bid for a third three-year term and Scott Morrison will have had one of the shortest tenures as prime minister in the 118-year history of the Australian federation.

Morrison is the conservatives’ third prime minister since they were first elected in 2013. He replaced Malcolm Turnbull in a leadership ballot of government colleagues in August.

Australia is the world’s largest exporter of coal and liquid natural gas. It is also one of the world’s worst carbon gas polluters per capita because of a heavy reliance on coal-fired electricity.

As the driest continent after Antarctica, it is also particularly vulnerable to the impacts of climate change, such as wildfires and destructive storms.

Labor has promised a 45% reduction in the same time frame.

Shorten, a 52-year-old former labor union leader, has also promised a range of reforms, including the government paying all the patients’ costs for cancer treatment and a reduction of tax breaks for landlords.

“I am quietly confident that there is a mood to vote for real change,” Shorten told reporters in his hometown of Melbourne on Saturday.

Morrison, a 51-year-old former tourism marketer, said he had closed Labor’s lead in opinion polls during the five-week campaign and predicted a close result.

“It’s not the time to engage in Bill Shorten’s big, risky project of big taxes and big spending,” Morrison told Nine Network television on Saturday from the island state of Tasmania, where he continued to campaign in a seat he hopes his party will win from Labor.

An opinion poll published in The Australian newspaper on Saturday put Labor ahead of the conservatives 51.5% to 48.5%.

The Newspoll-brand poll was based on a nationwide survey of 3,038 voters from Monday to Friday. It has a 1.8 percentage-point margin of error.

Political analyst William Bowe said it was unclear how the greater support for Labor evident in polls would translate into seats.

He said the conservatives had been “trying to plot a narrow path to victory” by targeting their campaigning on vulnerable Labor seats in Sydney, Tasmania and the Northern Territory.

Neither the ruling coalition nor Labor holds a majority of seats in the House of Representatives, where parties need a majority to form a government.

The government lost two seats and its single-seat majority in the lower chamber in blood-letting over the dumping of Turnbull in the face of poor opinion polling.

The government goes to the election holding 74 seats in the chamber that is expanding at this election from 150 seats to 151.

Labor has 69 seats, with independents and minor parties holding the remainder.

Both major parties are promising that whoever wins the election will remain prime minister until he next faces the voters’ judgment. The parties have changed their rules to make the process of lawmakers replacing a prime minister more difficult.

During Labor’s last six years in office, the party replaced Prime Minister Kevin Rudd with his deputy Julia Gillard, then dumped her for Rudd.