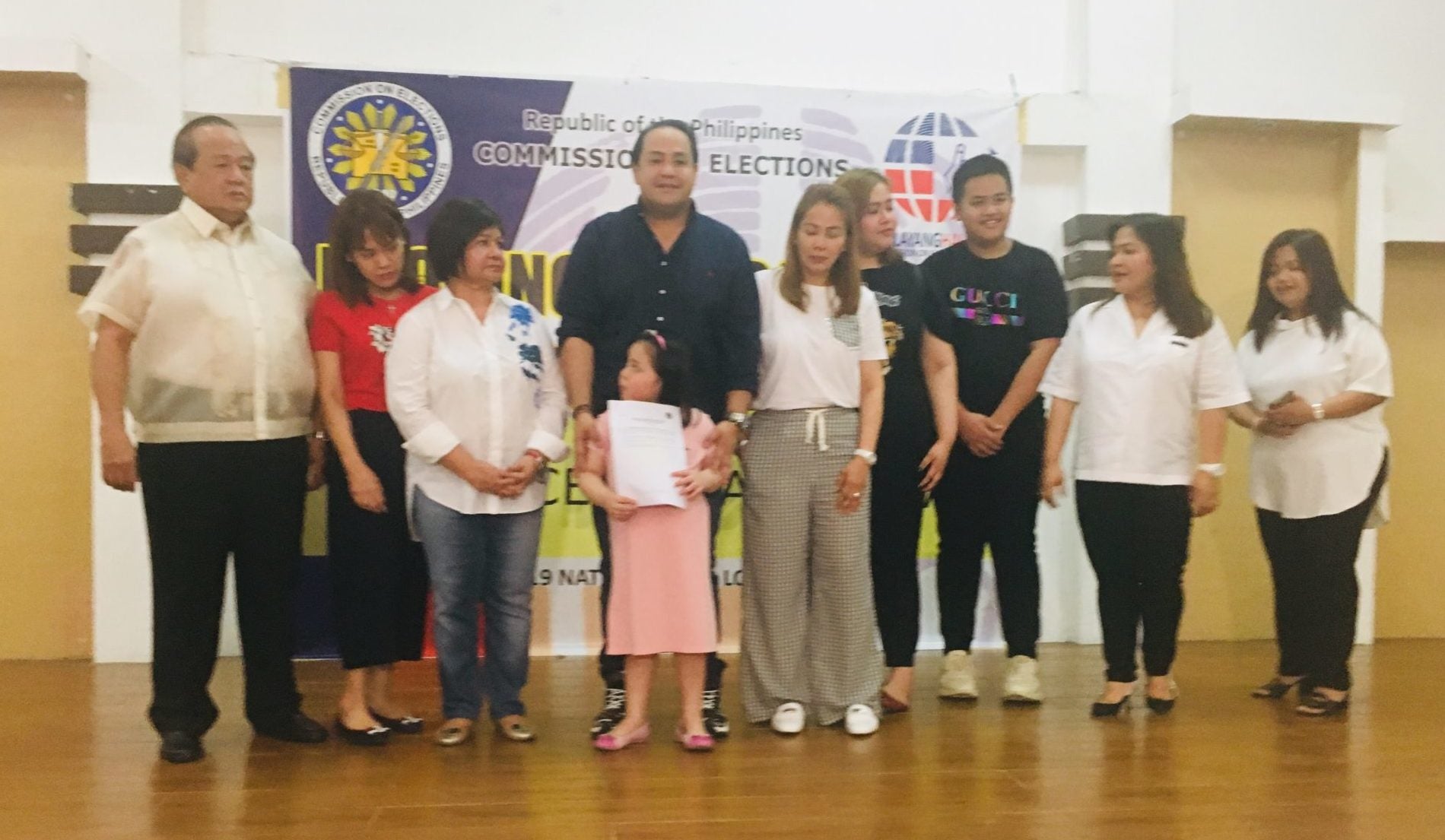 CITY OF SAN FERNANDO — The winning candidates in key positions in Pampanga were proclaimed on Friday afternoon.

Outgoing Governor Lilia, who was unopposed in the vice gubernatorial race, was also proclaimed on Friday.

Also present during the proclamation were Dennis’ sisters Esmeralda, who is the mayor-elect of Lubao town, and Mylin, who is board member-elect in the province’s second district.  (Editor: Leti Z. Boniol)