PPCRV: Minor ER discrepancies have no impact on poll results

MANILA, Philippines — Two manually encoded election returns showed discrepancies when compared with the results in the transparency server, which, however, will have no major impact on election results, the Parish Pastoral Council for Responsible Voting (PPCRV) said Thursday afternoon.

PPCRV Spokesperson Agnes Gervacio said that as of 4 p.m., they were rechecking two ballots from two separate election returns that apparently did not match with the data from the transparency server. 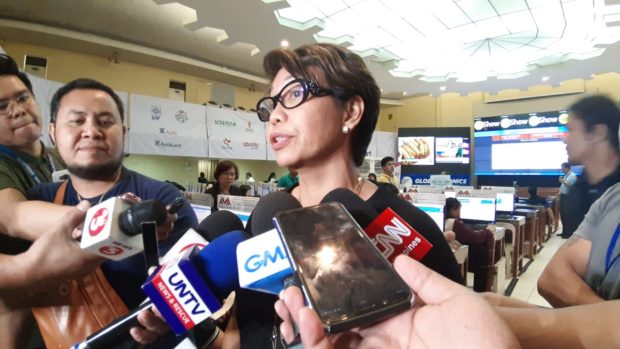 “We have found two ballots of 8,000 [encoded election returns], that we are rechecking again,” Gervacio told reporters at the PPCRV command center in Manila.

Gervacio, however, did not specify which areas the ballots were from since they are still doing their verification procedures.

Despite this, Gervacio said the discrepancies will have no impact on the overall results of the elections, noting that minor discrepancies have also been reported in previous elections.

“I don’t think that’s a cause of concern at this point because we’re rechecking all over again,” Gervacio said.

“It does not have any impact,” she added.

Gervacio said that once the discrepancies have been verified, they will be reporting it to the Commission on Elections (Comelec).

The PPCRV is mandated to conduct voter’s education, poll-watching, and an unofficial, parallel counting of votes.

The Church-backed poll watchdog manually encodes physical copies of election returns and compares them to the electronic results from the transparency server.  (Editor: Gilbert S. Gaviola)