From mother to daughter, Tunisia potters pass on ancestral know-how 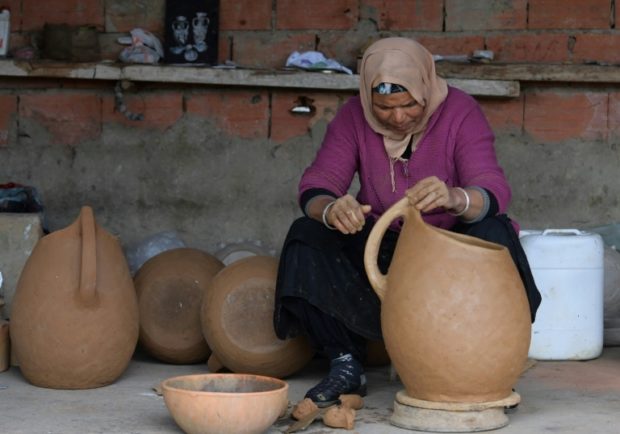 With bucket and spade in hand, Sabiha Ayari from Sejnane in northern Tunisia is among the women keeping alive an ancient tradition of creating pottery with all natural materials.

Using skills handed down from generation to generation, she extracts red and white clay from local wadis to craft terracotta artifacts, such as dolls and animal figurines, as well as cooking utensils for the kitchen. 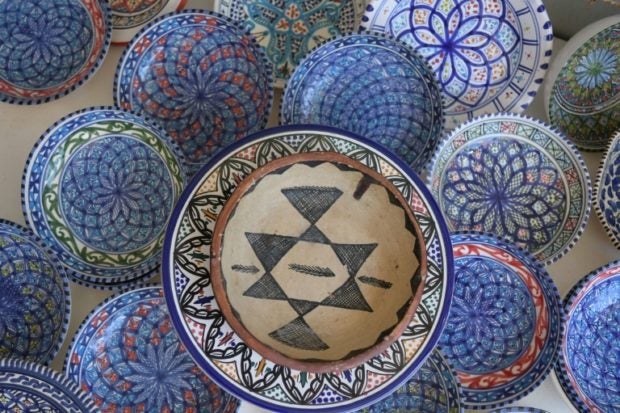 The pottery from Sejnane is made with red and white clay from local wadis and was included in 2018 on UNESCO’s intangible cultural heritage list.  Image: AFP/Fethi Belaid

The pottery, mostly cream-colored with black and red motifs, was added in 2018 to the prestigious “Representative List of the Intangible Cultural Heritage of Humanity” of UNESCO, the cultural organization of the United Nations.

“These are Berber motifs, the same as those found on traditional outfits and tattoos,” says Ayari, a respected potter in her 50s committed to preserving the ancestral tradition. 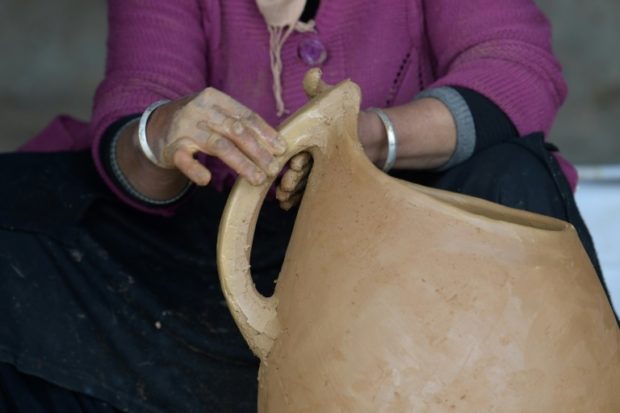 Sabiha Ayari (pictured) is committed to keeping the handicraft alive. She has already trained her sister-in-law and taught several other local women.  Image: AFP/Fethi Belaid

Seated in her lean-to overlooking the family lands, she scoops up the clay and spends most of her time fashioning utensils,  as well as stylized tortoises and horses.

The women of Sejnane make and decorate their artisan pottery with natural elements from the agricultural region.

Ayari, who is unmarried, mixes the clay with crushed brick, prepared by her sister-in-law, to strengthen the raw material.

The bricks are a rare nod to modern methods, as in the past shattered old pots were used.

After a days-long drying process, the pots are varnished with a thin coat of white clay. Some are then decorated with red-ochre earth.

Ayari’s mother, with her worn out hands, joins in by polishing the plates. They have to be smoothed out several times to achieve a glazed look.

No sophisticated tools are used, no modern ovens, just the sole of a shoe for the burnishing process and a stick for decorating the pieces with the juice of leaves collected from mastic trees.

The items are then heated on an open hearth fired by dried dung, turning the juice from green to black.

“This is how all kitchen utensils were made when I was little,” Ayari said. “They didn’t realize the value of these objects.”

She shows off a large earthenware jar modeled by her grandmother. Other ancient objects have already been shattered to make new items.

Change with the times

Her pottery handicraft, dating back to 3,500 BC, has remained intact “without great technical or aesthetic changes,” explained Naceur Baklouti, a researcher into Tunisia’s heritage. 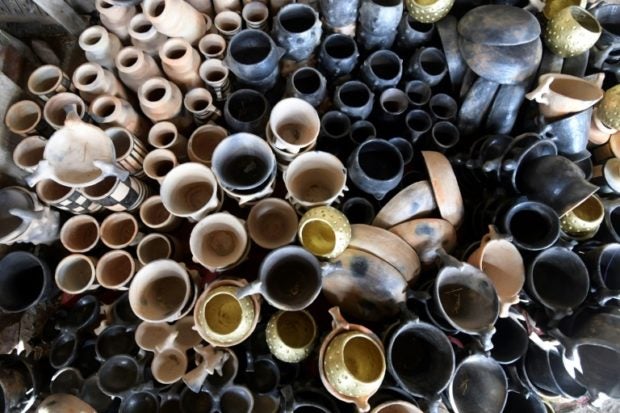 The handicraft dates back to 3,500 BC.  Image: AFP/Fethi Belaid

But changing lifestyles and the availability of low-price kitchen and household items over the past 50 years have led artisans “to switch production from utensils to the decorative,” Baklouti said.

Potters sell their wares from roadside shacks. The best of them are invited to display at exhibitions in Tunis, a two and a half hour drive away, and in Europe.

As for Ayari, she may not know how to read or write, apart from signing her work, but her pots are in demand and her flow of orders keeps her household going. 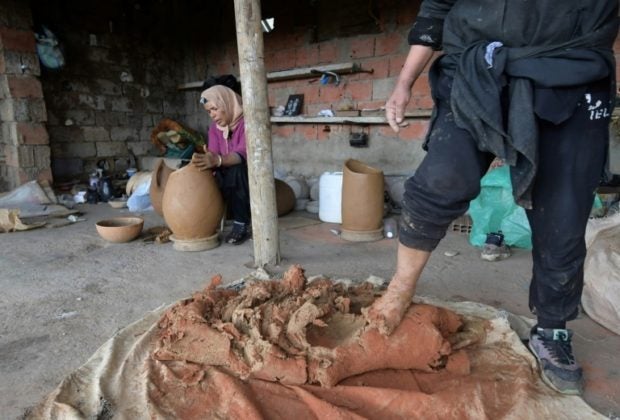 For most of the hundreds of potters in the valleys surrounding Sejnane, it is a secondary source of income but for some it keeps the household going.  Image: AFP/Fethi Belaid

“I’m an ambassador for Tunisia,” said the proud potter, who wears a traditional red costume and flowery scarf at her sales.

But her status is fairly unique among the hundreds of potters in the green valleys surrounding the town of Sejnane. For most, it’s only a secondary source of income.

Young Tunisians do not have the patience to learn and perfect the art, according to Ayari. They prefer to use black ink and chemicals, rather than take the time to collect and extract natural materials.

The challenge remains to hand down the skills. Sejnane has plans to build a museum and training center to preserve its local know-how. 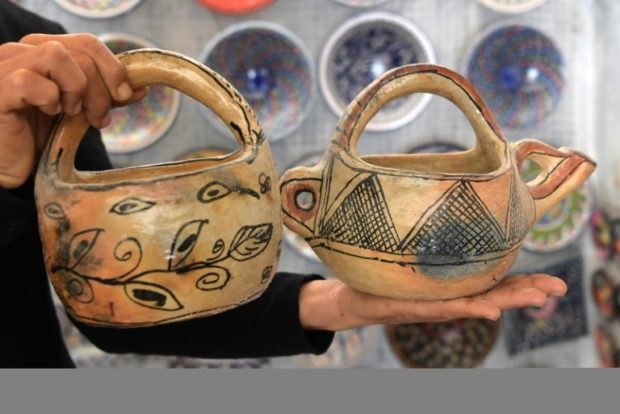 Sejnane has plans to build a museum and training center to preserve its local know-how.  Image: AFP/Fethi Belaid

Ayari has already trained her sister-in-law Khadija and given courses to several other local women.

Also to keep it in the family, the plan is to pass down her skills to her nephew’s future wife after she quits her factory job.

But the future is not assured.

“You have to be passionate about the work. You can’t force it, you have to want it,” Khadija fretted.  HM /ra

Read Next
Historic JFK terminal gets new life as luxury hotel
EDITORS' PICK
SM prepares for ‘safe malling’
Leveling up your ‘lutong bahay’ with the kitchen companion you never knew you needed
Notice of 2020 regular meeting of stockholders June 18, 2020
P2.2 trillion in losses: Cost of COVID-19 impact on PH economy
NBI, Immigration to join hunt for ‘underground’ medical clinics
2 Chinese nationals arrested in raid on another unlicensed COVID-19 hospital in Pampanga
MOST READ
Revillame tells Roque: ABS-CBN is in my heart despite being in rival network
NCR is ready for GCQ — Palace
LOOK: Robredo, Vico Sotto, check Community Mart ops in Pasig
Año: Quarantine passes not needed in GCQ, movement restricted to essential travel
Don't miss out on the latest news and information.