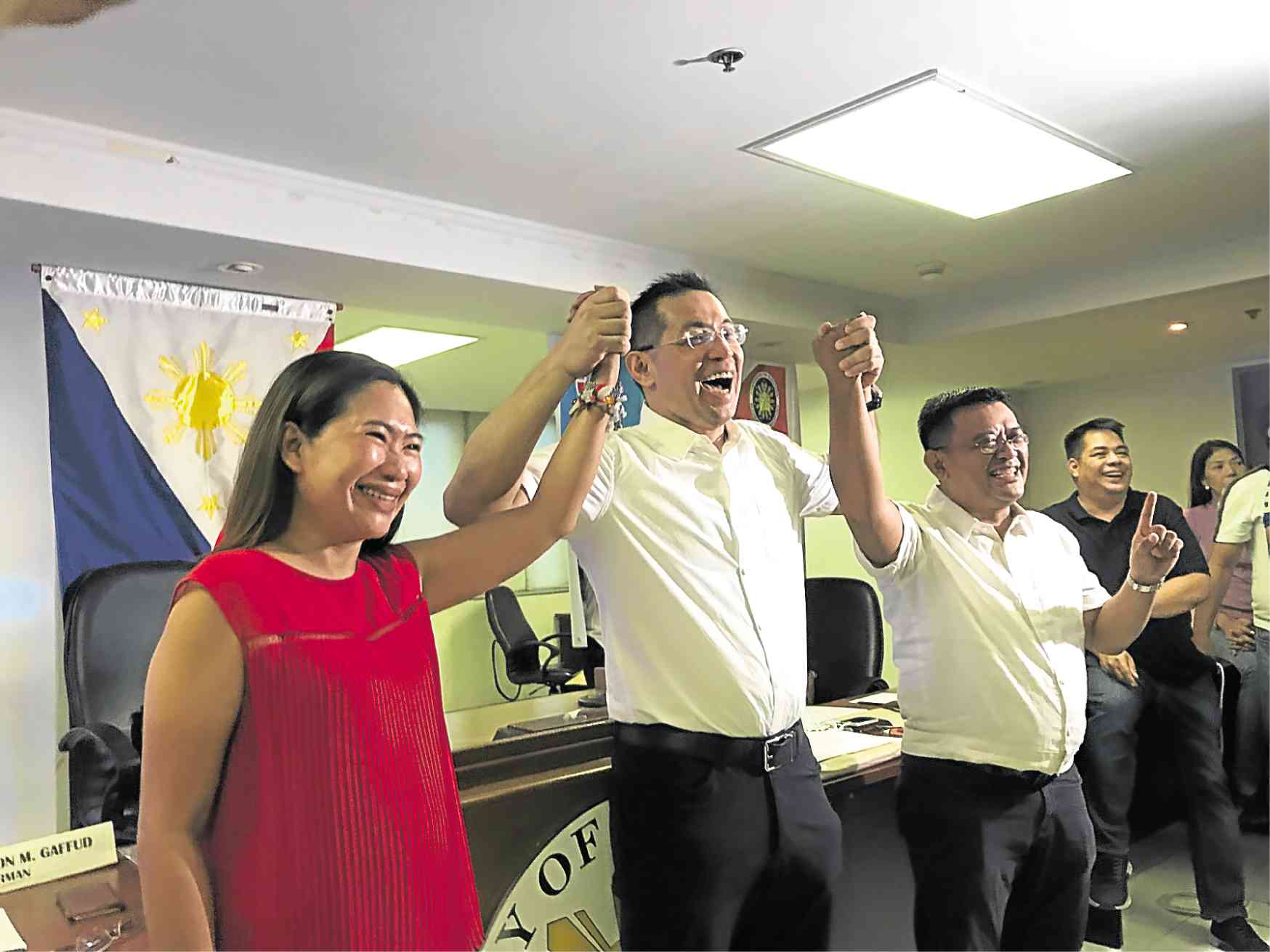 The Liberal Party (LP) stalwart who has been reelected for a third and final term said he would remain with the opposition.

“I won’t deny that it has not been hard because of the many accusations against us…. It would be easier to change parties right away but here we are. Why would we switch?” Oreta said shortly after he was proclaimed the winner in the mayoral race on Tuesday.

And then there were two Oreta and Muntinlupa Mayor Jaime Fresnedi, who was also reelected, are the remaining local executives in Metro Manila still with LP.

Supporters of the former ruling party have often been tagged as “dilawan,” a slur used by diehard Duterte supporters.

During the proclamation rally of Sandoval and the other candidates on her Team Kakampi in April, the President went to Malabon and told the crowd he was giving Oreta a month to rid the city of illegal drugs.

Should the mayor fail, the President said, he would have him arrested. He added that should Sandoval win, he would see to it that residents benefit from in-city housing programs.

“That’s why your messenger is important. Only Jeannie has access to me. She goes to me and she tells me her problem,” the President said.

His endorsement, however, failed to propel Sandoval to victory.

The son of former Sen. Tessie Aquino-Oreta and a cousin of former President Benigno “Noynoy” Aquino III, Oreta has been city mayor since 2012.

He started in the second spot but took over when his uncle, Mayor Tito Oreta, died in office.

For his third term, Oreta said he wanted to eradicate malnutrition in the city.

“We want to continue the KKC (Karinderia para sa Kalusugan ni Chikiting) program so children would not go hungry,” he said.

He added that the implementation of programs would be much “smoother” now that he would be working with teammates.

Ninong dela Cruz was proclaimed vice mayor after he received 82,463 votes, while his opponent, Maricar Torres, got 63,746 votes.

Asked how she was able to patch things up with Oreta, Noel said: “[The] Oreta family asked me to join them in this fight.”

“It wasn’t hard for me to say yes because we’ve worked together. The mayor and I have worked before in the past and our tandem has always produced something good for the city,” she added.

During her previous term in Congress, Noel said she helped solve the flood problem in the city by coordinating with public works officials and the local government.

“I grew up here and it has always been the same problem.  When it’s high tide there is flooding… so I studied it. What I found out is that there was no coordination between the national and local officials,” she added.