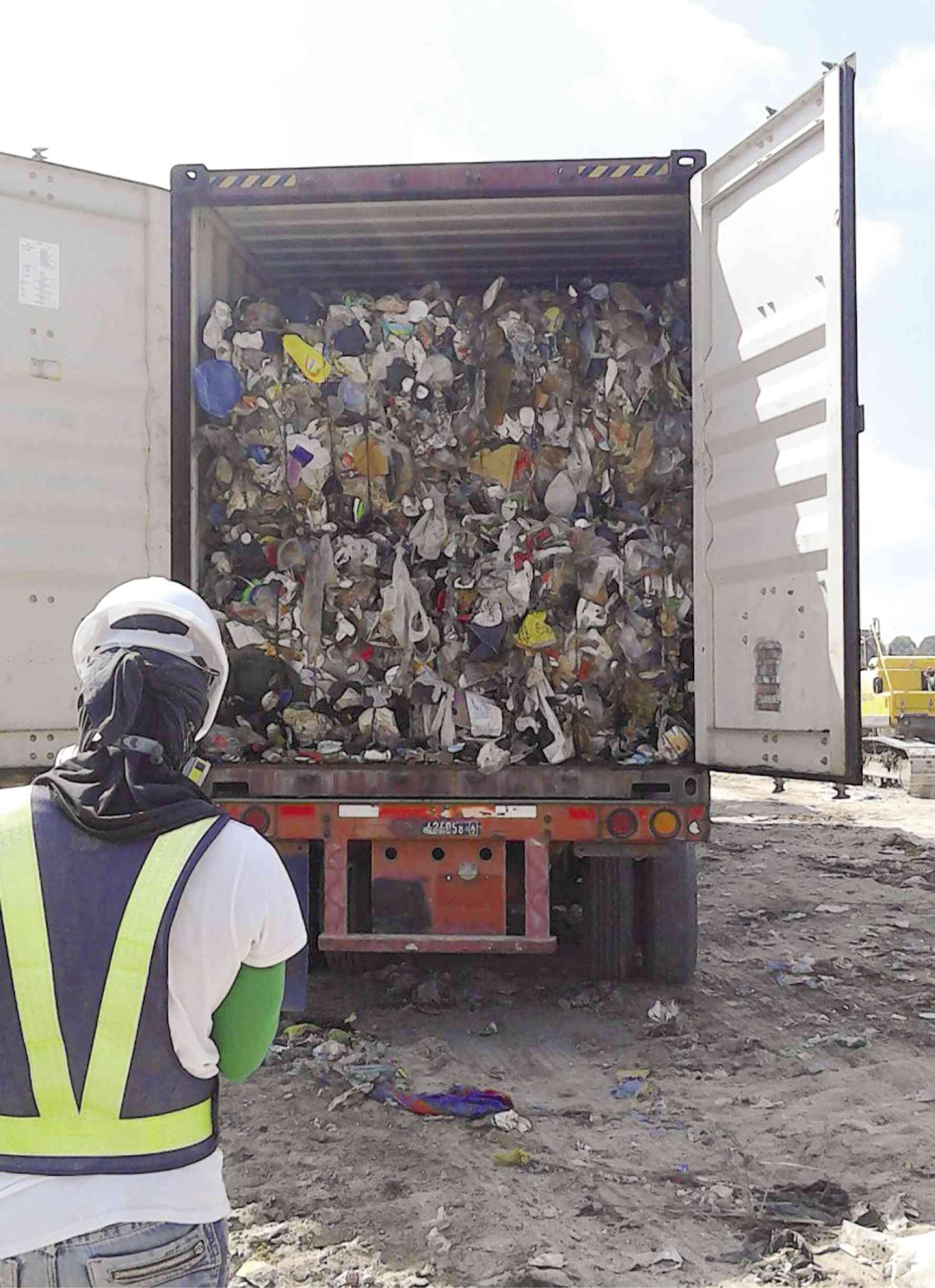 BACK TO SENDER The Philippine government expects that the remaining containers of trash from Canada will be returned to that country this month. —PHOTO COURTESY OF MCWM

MANILA, Philippines — Foreign Secretary Teodoro Locsin Jr. was his usual busy self on Twitter on Tuesday, but he was curiously silent on the supposed return that day to Canada of tons of trash illegally shipped here six years ago.

Locsin did not say why the government did not make good its threat to ship back the garbage to Canada on May 15, as President Rodrigo Duterte had ordered.

Last week, Locsin was emphatic that 69 shipping containers filled with rotting waste would be loaded on a ship at the Port of Manila and on its way to Toronto by May 15.

The 69 containers were what remained out of the total 103 trash-filled containers shipped in batches to Manila in 2013 and 2014 by an Ontario-based Chronic Inc. and received by its Valenzuela City-based counterpart Chronic Plastics.

Locsin had vented on Twitter last week that an official of the Department of Finance was trying to delay the return of the shipment but stressed that the May 15 deadline would be met.

Canada has reportedly offered to pay for the cost of shipping back the remaining 69 trash-filled containers that have been festering at the Port of Manila since 2013.

The contents of the rest of the containers were dumped in a private landfill in Tarlac in 2015 before local officials discovered this and put a stop to further dumping.

In his tweets last week, Locsin said the President was prepared to end diplomatic relations with Canada if his wish to see the garbage gone by May 15 would not be met.

But Locsin also stressed it was “unimaginable” that the end to 70-year diplomatic ties would be “over garbage” and acknowledged Canada’s “generous” gesture to give asylum to Filipino Vanessa Rodel and her daughter who gave shelter to US fugitive Edward Snowden in 2013.

The three were also charged with violating the tariff and customs code for for illegally importing waste materials from Canada.

On June 30, 2016, Manila Regional Trial Court Judge Tita Alisuag ordered the importers to return the containers of garbage to Canada.

Read Next
LIST: Proclaimed winners  in Mindanao
EDITORS' PICK
Smart offers wireless fiber-like speeds to Filipino homes with country’s first 5G Prepaid Home WiFi
Expose trolls, fight disinformation, especially with 2022 elections approaching – think tank
This new condo in the South will make you want to turn a new leaf
WHO expects to have more information on Omicron transmission ‘within days’
Legarda: Ending Violence Against Women, a cause for all
US and other countries tighten travel rules over Omicron as EU urges vaccination
MOST READ
Carlos vows to let PNP personnel spend time with family during holidays, work near their home
‘Maraming nagpapagkamatay sumali’: Bongbong-Sara’s full Senate slate out soon, says Imee
Jonel Nuezca, convicted ex-cop, collapses and dies at Bilibid
Omicron present in five out of nine South African provinces – data
Don't miss out on the latest news and information.

WHO expects to have more information on Omicron transmission ‘within days’