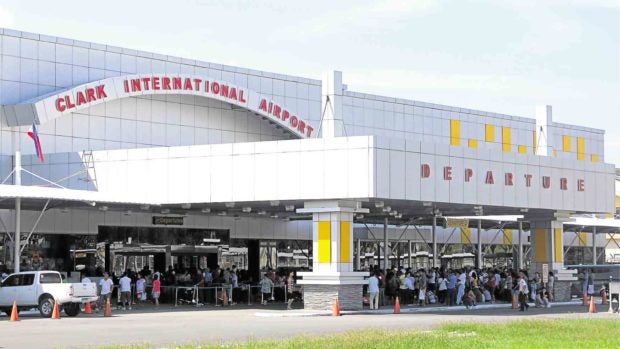 The BI said the five women were intercepted in two separate incidents on May 8, before they could board the flights bound for Malaysia and the United Arab Emirates (UAE).

Three of the women were supposedly heading to Kota Kinabalu, Malaysia, to work as nightclub entertainers while the two others were going to work in Lebanon as domestic helpers.

The BI said the three Malaysia-bound women were allegedly recruited through a job offer they received online. They also met a certain “Danilo” in a mall in Quezon City where they paid up to 10,000 for their recruitment.

The women admitted they were offered to work in a pub in Kota Kinabalu and that their documents will be given to them in Hong Kong.

Meanwhile, the two other women presented fake visas to UAE, the BI said. They admitted to have been offered jobs in Beirut and were instructed not to reveal their true destination.

“Obviously, these women have been victimized by unscrupulous human trafficking syndicates that prey on the poor,” BI port operations division chief Grifton Medina said in a statement.

He noted that victims would sometimes being lured into prostitution or be enslaved and given salaries far below industry standards.

“Illegal recruiters will put their victims in a tight spot. The victims, knowing that they entered through illegal means, would be forced to agree to the unfair work conditions given to them and would even be asked to pay via salary deduction hefty sums for their recruitment,” Medina revealed.

Due to the incident, BI Commissioner Jaime Morente alerted BI personnel in ports outside Manila to look out for other trafficking victims who might attempt to leave using the same scheme.

He suspects that “trafficking syndicates may attempt to divert their operations to other international airports due to the numerous interceptions at the Naia (Ninoy Aquino International Airport).”

The five women were turned over to the Inter-Agency Council Against Trafficking (IACAT) for further investigation and assistance, the BI said. (Editor: Jonathan P. Vicente)