Comelec exec: Supplier of SD cards should not be paid in full | Inquirer News

Comelec exec: Supplier of SD cards should not be paid in full 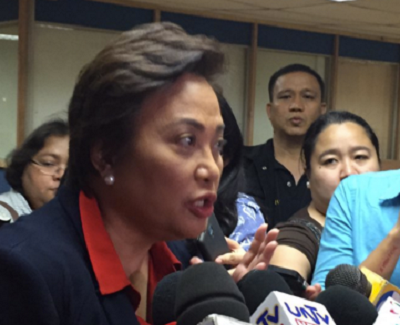 MANILA, Philippines — An executive from the Commission on Elections (Comelec) believes that the supplier of SD cards should not be paid in full following the glitches encountered during the just recently concluded elections.

Comelec Commissioner Rowena Guanzon said this on Wednesday after the poll body revealed that 1,665 of SD cards provided by S1 company had encountered numerous problems on election day.

She also said that other commissioners suggested that the poll body should only pay for the SD cards that worked on election day.

Guanzon, however, said that the Comelec en banc still has to decide on the matter.

“Yung hindi nadeliver ng tama, that’s 1,000 plus SD cards, you multiply that, we will not pay. Plus may penalty sila, dapat,” she added.

The Comelec has not yet paid any amount to S1 Technology for the more than 85,000 SD cards bought, Guanzon said.

The contract for between S1 Technologies and the Comelec amounts to P22.6 million.

On Tuesday, the Comelec reported about 1,665 corrupted SD cards, or 1.9 percent of the 85,769 SD cards used in the midterm polls are damaged

The poll body said that one possible reason behind the SD card issues was its poor quality.

“We suspect that the SD card is the low quality of SD cards because if we do the bidding process, our ABC (Approved Budget for the Contract) is about P80 million,” Commissioner Marlon Casquejo, head of the Comelec Steering Committee, said.

“However, since we are applying the procurement rules, the lowest bid (was) only P29 million. So what do we expect with a 29 million SD cards for that scenario?” he added.

Read Next
Laguna Rep. Sol Aragones gets reelected
EDITORS' PICK
Metro Manila now at moderate risk for COVID-19 — DOH
Look Through: Super Typhoon Karding barrels through parts of Philippines
House energy committee chair Arroyo bats for cheap electricity
Motorcycles, smartphones, and cash prizes up for grabs in TNT’s ‘Tuloy Ang Saya’ Raffle in Mindanao
Do all the things you do, faster
POGOs not linked to Illegal online gaming, says Pagcor
MOST READ
Robredo supporter tackles elephant in room: No massive fraud in 2022 polls, surveys were just right
Shopee PH gets flak for getting Toni Gonzaga
DepEd: We are in a crisis situation in education sector
Lives destroyed as armyworms invade Philippine ‘onion capital’
Don't miss out on the latest news and information.