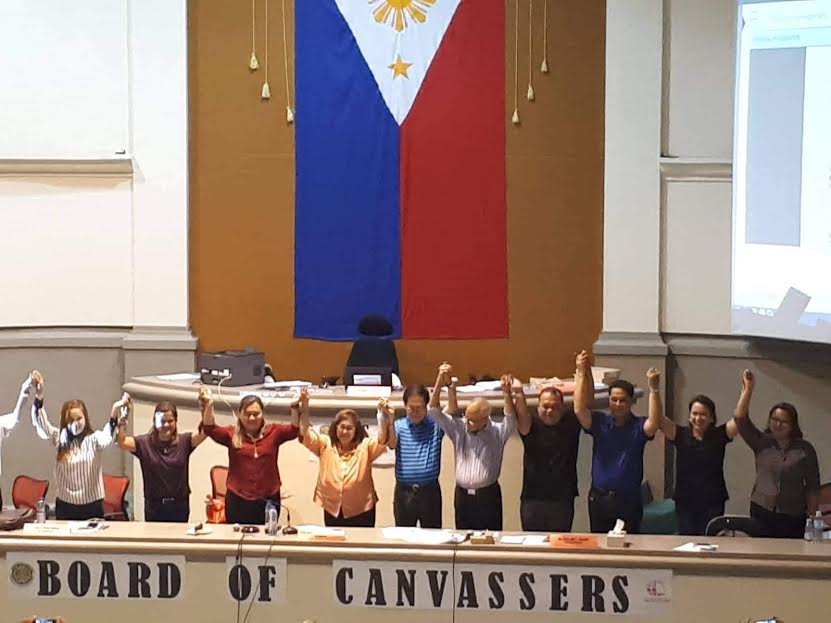 DAVAO CITY, Philippines — The Commission on Elections (Comelec) sitting as City Board of Canvassers has proclaimed as winners the three Duterte children who won in their respective races in this city.

The Dutertes did not show up during Tuesday night’s proclamation but were only represented by their representatives.

Paolo garnered 197,024 votes against his opponents, independent candidates Susan Uyanguren, who received 5,135 votes and Rex Labis, who got 2,124 votes.

Paolo Duterte Paolo, in  a Facebook post, thanked the people who catapulted him to the House of Representatives virtually unopposed.

“Sa mga katawhan sa unang distrito sa Davao, dako akong pasalamat sa inyong pagpili kanako isip inyong representante sa Kongreso (To the people of the first district of Davao, I thank you for choosing me as your representative in Congress). I am truly humbled and at the same time honored for your trust and support in me,” he said.

He likewise expressed his gratitude to his campaign volunteers, friends and family who exerted efforts during the campaign period.

(A big thanks to my volunteers, friends, and family for their dedication and hard work in support of my desire to be of service to the betterment of the first district of our beloved city. You can expect that I will not only represent your voice in Congress but will also support President Rody Duterte so he can fulfill his plans and dreams for the nation.)

There were no pronouncements yet from Duterte-Carpio and Baste.