Chel to supporters: Cheer up! Don’t apologize, we did our best 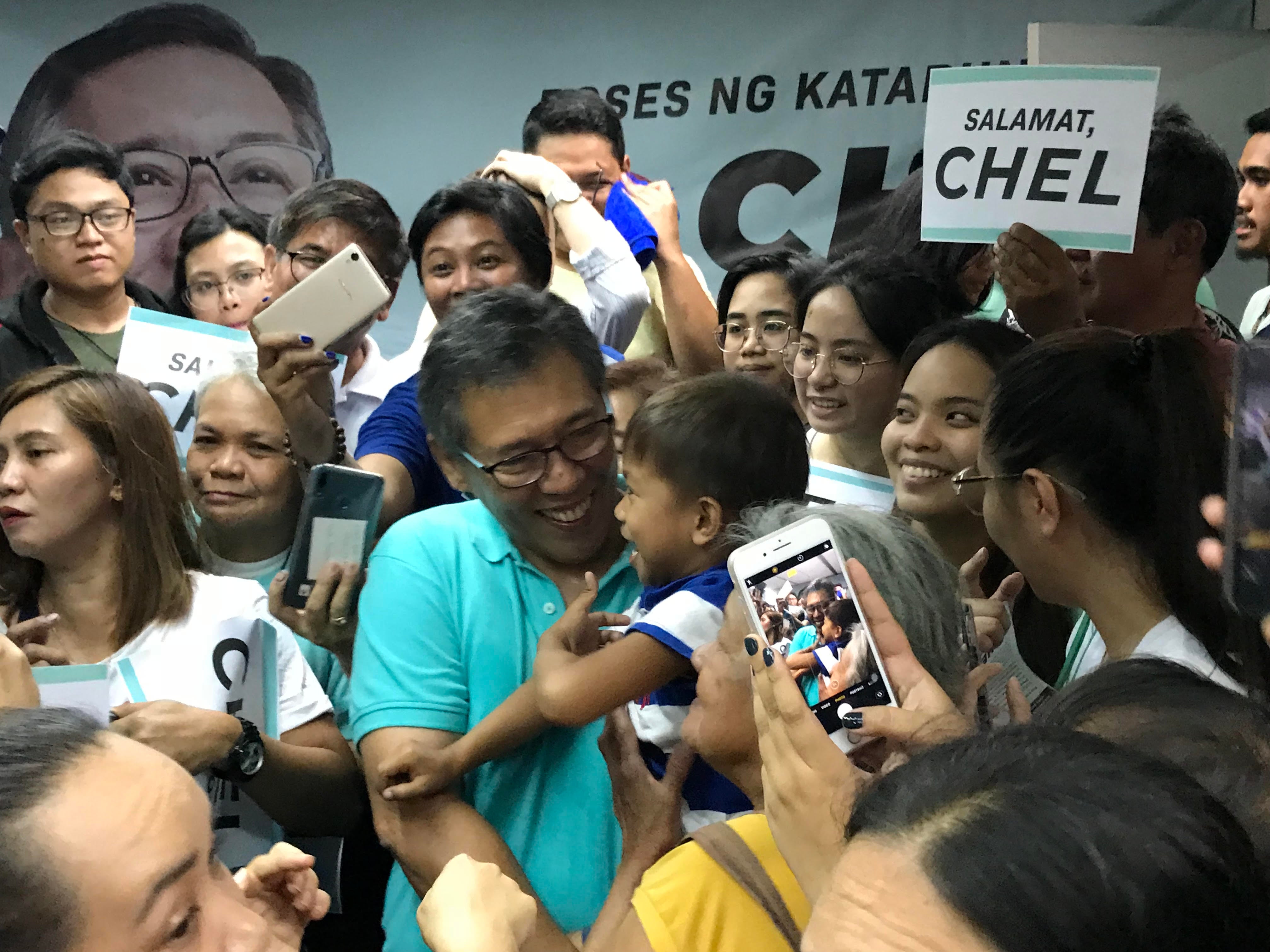 Atty. Chel Diokno poses with his supporters during his thanksgiving event at Aurora Tower in Quezon City. Photo by Krissy Aguilar / INQUIRER.net

MANILA, Philippines — Human rights lawyer Chel Diokno consoled his supporters, telling them not to apologize after he failed to snag a spot in the top 12 of the senatorial race.

“‘Yung mga nakikita kong tweet, wag naman kayo mag-sorry. There’s no need to be sorry for anything,” Diokno said during a thanksgiving event for his supporters on Tuesday night.

Diokno ranked 21st based on the latest partial and unofficial tally of the Parish Pastoral Council for Responsible Voting (PPCRV) with 6,186,991 votes, as of writing.

“I am not sad about the outcome of this elections. Sa akin ay ganun lang yan, it doesn’t really matter to me. I have said this from the beginning. What is important is the light that we have shown in the darkness,” he said.

Diokno remained positive and said it is high time to encourage other people to become “woke.”

“Isipin natin kung every day may ma-woke tayong isa, at the end of one year, ilan na ‘yung mawo-woke natin. At the end of two years, doble pa. At the end of three years, wala nang makakapigil sa’tin,” he added.

No one in Diokno’s slate Otso Diretso made it to the top 12.