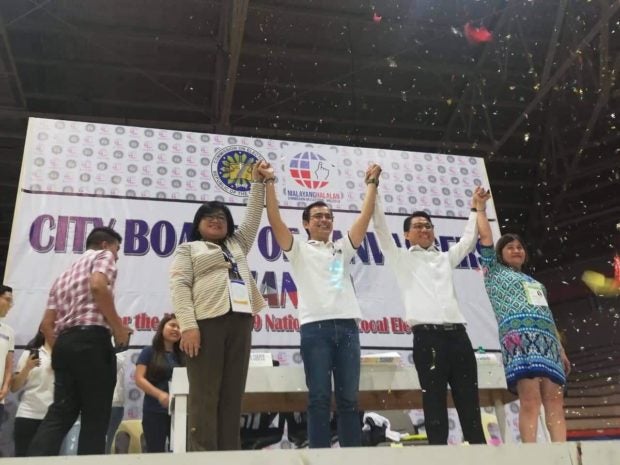 The City Board of Canvassers proclaims Francisco “Isko Moreno” Domagoso as the new mayor of Manila on Tuesday at the Manila San Andres Complex. Photo courtesy of Batang Maynila campaign team

Moreno led the mayoral race with 357,925 votes against re-electionist Joseph Estrada who got 210,605 votes, according to results from the City Board of Canvassers.

“For the past 18 years, I think Manileños were waiting for a different candidate to come along,” Moreno, speaking partly in Filipino, told reporters after his proclamation. “And we are very grateful. It’s a humbling experience.”

“I was not expecting Manileños to give me this mandate. It’s a statement made by the people of Manila,” he added.

In his speech, Moreno said in Filipino: “But remember, this is just the start — when our countrymen are will put their hope in us.”