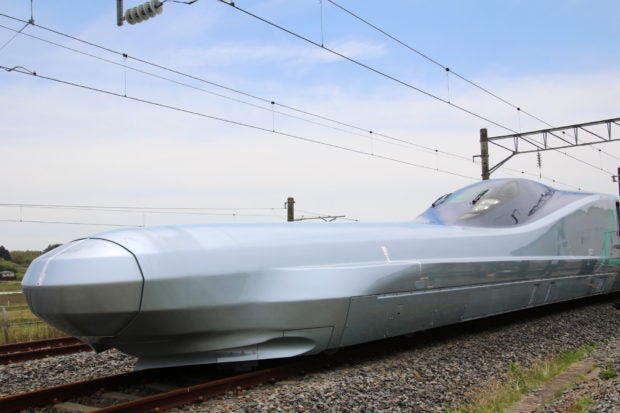 The world’s fastest bullet train conducted its first test runs recently which, at its peak, can top out at speeds of up to 400 kilometers per hour (248 miles/hour).

On Friday, May 10, East Japan Railway Co. unveiled its next-generation Alfa-X train, which is scheduled to enter full service in 2030.

Before then, the 10-car train will perform regular test runs for three years, Bloomberg reported.

When it goes into full service, the train will run on the Tohoku and Hokkaido Shinkansen lines.

And while the Alfa-X can travel at speeds of 400 km/hour, it will operate at 360 km/hour when carrying passengers, the Bloomberg report said.

As far as records go, Alfa-X may lead in the category of bullet trains, but it falls short of the Shanghai Maglev train, which tops out at 430 km/hour (267 mph), thanks to levitating magnetic technology.  HM /ra

All aboard! Hello Kitty pink bullet train debuts in Japan