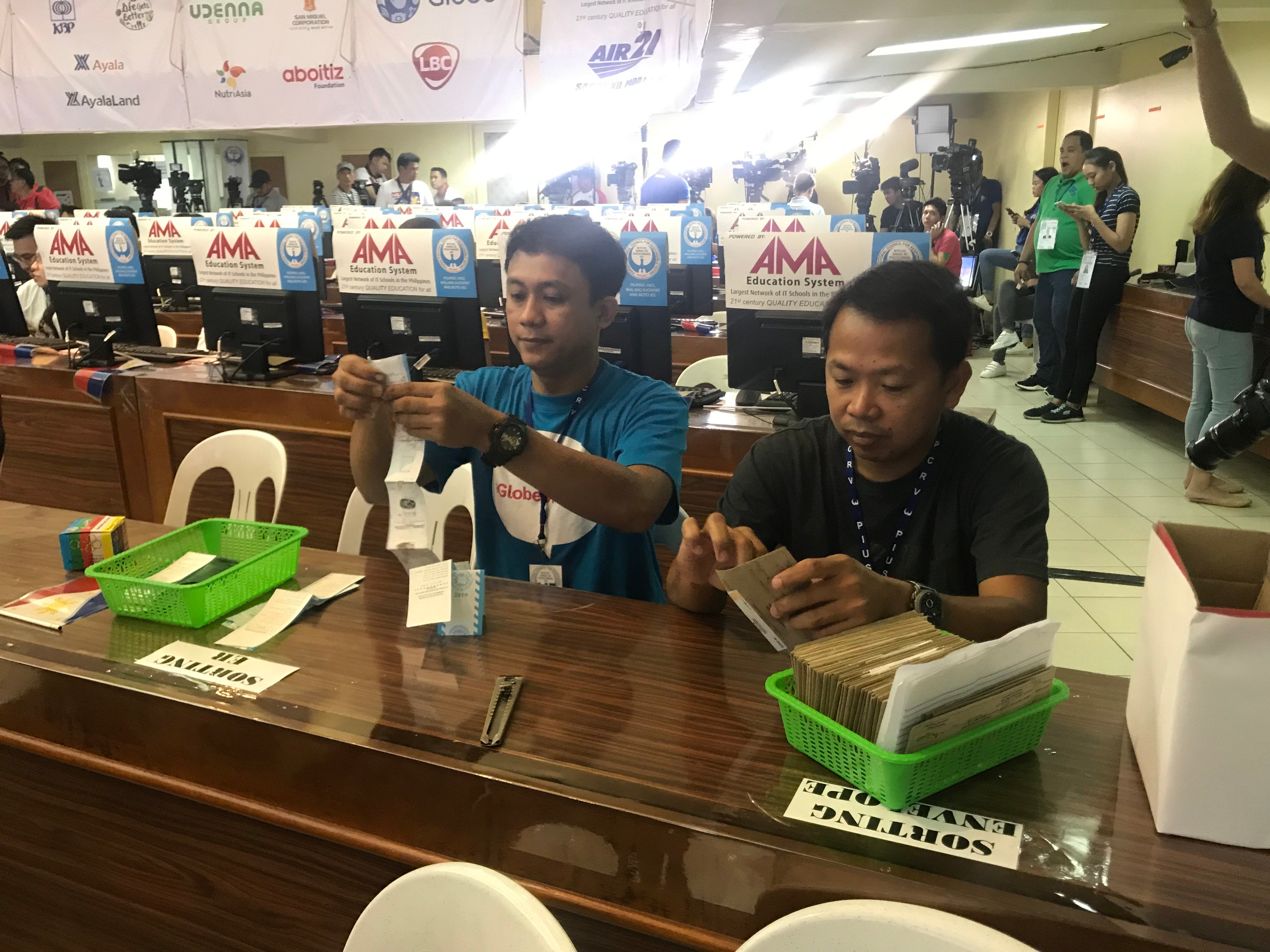 MANILA, Philippines — A day after the May 13 polls, the Parish Pastoral Council on Responsible Voting (PPCRV) has started manual encoding of printed election returns.

PPCRV chairman Myla Villanueva announced the start of the manual encoding after a Mass was held at the Pope Pius Command Center in Manila.

“This officially opens our work here, the second phase of our work here at the Pope Pius command center,” Villanueva said, speaking to volunteers, after the Mass.

In three daily shifts, a maximum of 100 volunteers will be manning the command center, manually encoding the printed copies of election returns from clustered precincts nationwide.

The PPCRV earlier said it has recruited and deployed 300,000 volunteers nationwide to monitor the May 2019 midterm polls.

The results of the manual encoding will be compared against electronically transmitted election returns to see if there are discrepancies with the count.

“These volunteers are encoding physical fourth copy ng election returns. This will be used to match it versus the (electronic) election results,” PPCRV media director Agnes Gervacio.

She noted that the manual encoding took 10 days to finish in the 2016 presidential elections but she said the PPCRV is ready to conduct the encoding for at least two to three weeks.

“From experience, we did this for 10 days the last time but we’re ready to do this for up until for as long as it takes at least 2-3 weeks,” Gervacio said.

As of writing, the PPCRV has received only five percent of election returns nationwide, coming from Metro Manila cities, namely Makati, Manila, Pasay and San Juan.  (Editor: Mike U. Frialde)