Vico Sotto on his proclamation: ‘What is taking so long?’ | Inquirer News
Close
menu
search

Vico Sotto on his proclamation: ‘What is taking so long?’ 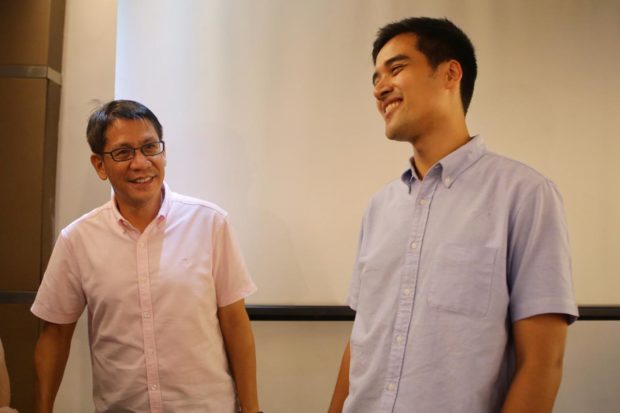 MANILA, Philippines — Councilor Vico Sotto who is poised to become the new mayor of Pasig City questioned Tuesday morning the apparent delay on his proclamation.

We arrived here around 2am. It is now 9:03am. WE ARE STILL WAITING FOR OUR PROCLAMATION (official announcement that we…

“We arrived here at around 2am. It is now 9:03 am. WE ARE STILL WAITING FOR OUR PROCLAMATION,” Sotto wrote in a Facebook post.

Sotto also indicated in his post the number of votes he and running mate former Pasig Rep. Roman Romulo, who is gunning for a congressional return, have garnered after 96 percent of the precincts was canvassed.

“It is mathematically impossible for our opponents to win,” Sotto said.

It was a landslide victory for Sotto who had 201,028 votes compared to his opponent Robert “Bobby” Eusebio’s 116,414, according to the young councilor’s post.

Romulo, on the other hand, is poised to retake his congressional seat after garnering 216,202 votes. His opponent, Bobby’s brother Ricky Eusebio, only had 94,362 votes.

Sotto said their lawyers have asked the Pasig City Board of Canvassers to “lower the threshold for proclamation to 96%.”

“According to the Pasig election officers, they can’t proclaim us until the Regional Director approves the request and gives them the passcode so that they can print the needed document,” Sotto said.

“We sent the request to the Office of the Regional Director. It was duly “received” but the election officers here told us that there is no approval yet. No one is able to tell us what the reason for the delay is,” he added.

While they can wait, Sotto asked the Commission on Election (Comelec) the reason behind the delay.

“We can wait. BUT we are asking the COMELEC to infotm us WHY there is such a delay,” Sotto said.

“If we just need the go signal from the Regional Office, what is taking so long? We are not accusing anyone of anything. We just want to know the reason. #Halalan2019 #PasigCity,” he added.