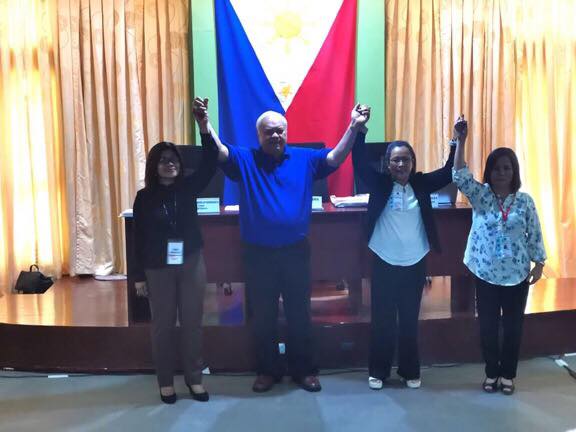 PUERTO PRINCESA CITY — Incumbent mayor Lucilo Bayron was proclaimed winner Tuesday morning by the Commission on Elections in the conclusion of the city’s mayoral race.

Bayron, who will assume a second term edged former ally and erstwhile rival Luis Marcaida III with over 10,000-vote margin.

Bayron and Marcaida had figured in a running and bitter rivalry since the previous local polls, including a recall challenge posed by the latter against Bayron and a dismissal case that both had slapped on each other.