Makati rivalry: No reconciliation in sight for the ‘Binays’ 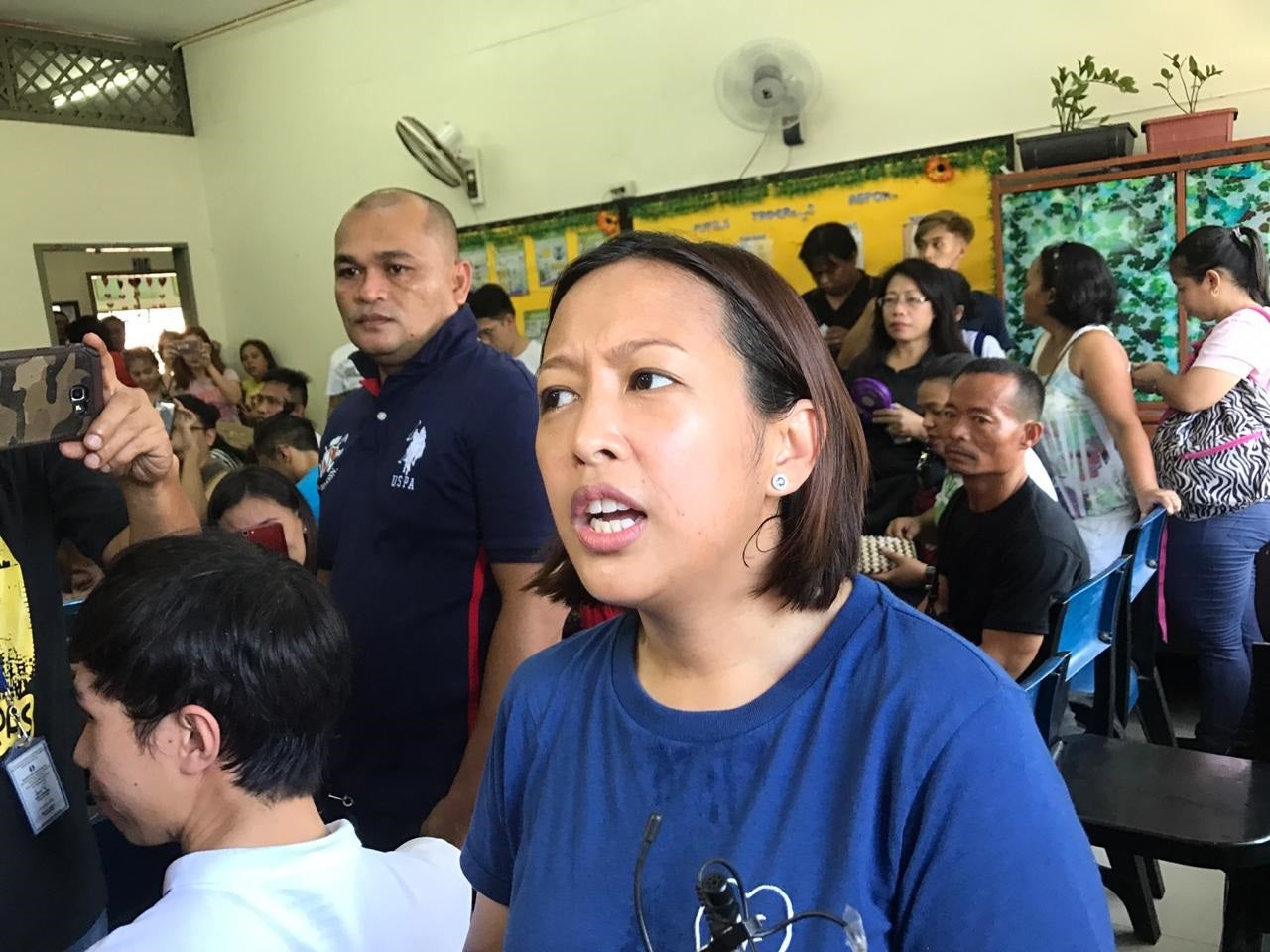 Makati Mayor Abby Binay says she is not ready for a reconciliation with his brother Jejomar Erwin “Junjun” Binay after running against each other in the May 2019 midterm elections. “I need to heal first,” she says. NESTOR CORRALES/INQURER.net

MANILA, Philippines – The election may have ended on May 13 but there’s no end in sight for the rift between the Binay siblings in Makati City.

Abby Binay who is up against Junjun said she needed to “heal first” before she could reach out to her younger brother.

“What I always say is I have to heal first before I can be able to reach out,” Abby told reporters before casting her vote at the San Jose Elementary School in Guadalupe Nuevo.

Abby said the less than two months of the grueling campaign has been more than just politics but personal attacks.

“It is easy for them to say that they are open for reconciliation. But my question is, am I ready for reconciliation?” she said.
On Election Day,  the Binays showed no trace of hurt feelings as they trooped to their polling precincts.

As the polling precincts opened at 6 a.m., former vice president Jejomar, who was seeking a political comeback, was the first among the Binay clan to vote on Monday.

Binay was in a jovial mood as he stepped out from his house in San Antonio village, greeting reporters waiting for him outside.

The Binay patriarch entertained questions from the media before he attended a Mass at the St. Alphonsus Mary de Ligouri in Magallanes.

At 7:31 a.m., Jejomar, dressed in blue polo and black jeans, arrived at the San Antonio National High School to cast his vote.

But like his family’s shaky relations, the VCM acted up soon after the former vice president finished filling up his ballot.

The VCM rejected eight times Jejomar’s ballot, prompting him to storm out of his precinct.

Jejomar even went to the Commission on Elections (Comelec), now convened as the National Board of Canvassers at the Philippine International Convention Center (PICC), to complain.

After the explanation from Comelec officials, Jejomar went back to his polling precinct and was able to cast his votes.

Reelectionist Nancy Binay and Junjun were also not able to cast their votes as scheduled after the VCM also crashed.

Nancy played down the rift in the family and expressed hope the conflict would be resolved soon.

They were able to vote at past noon.

The polling precinct of Abby also suffered the same fate as the VCM malfunctioned at 7:20 a.m., which delayed the feeding of ballots to the machine for at least three hours.

But before Abby arrived, the defective VCM was replaced with a new one.

Abby was all smiles as she arrived in blue shirt and jeans at her polling precinct with her husband, second district representative candidate Luis Campos Jr.

In the political battle of the two Binays, Jejomar supported his daughter Abby while Nancy, their mother Elenita and sister Anne Binay went for Junjun.

Whatever the results would be, Abby said she hoped Junjun would accept the will of the people.