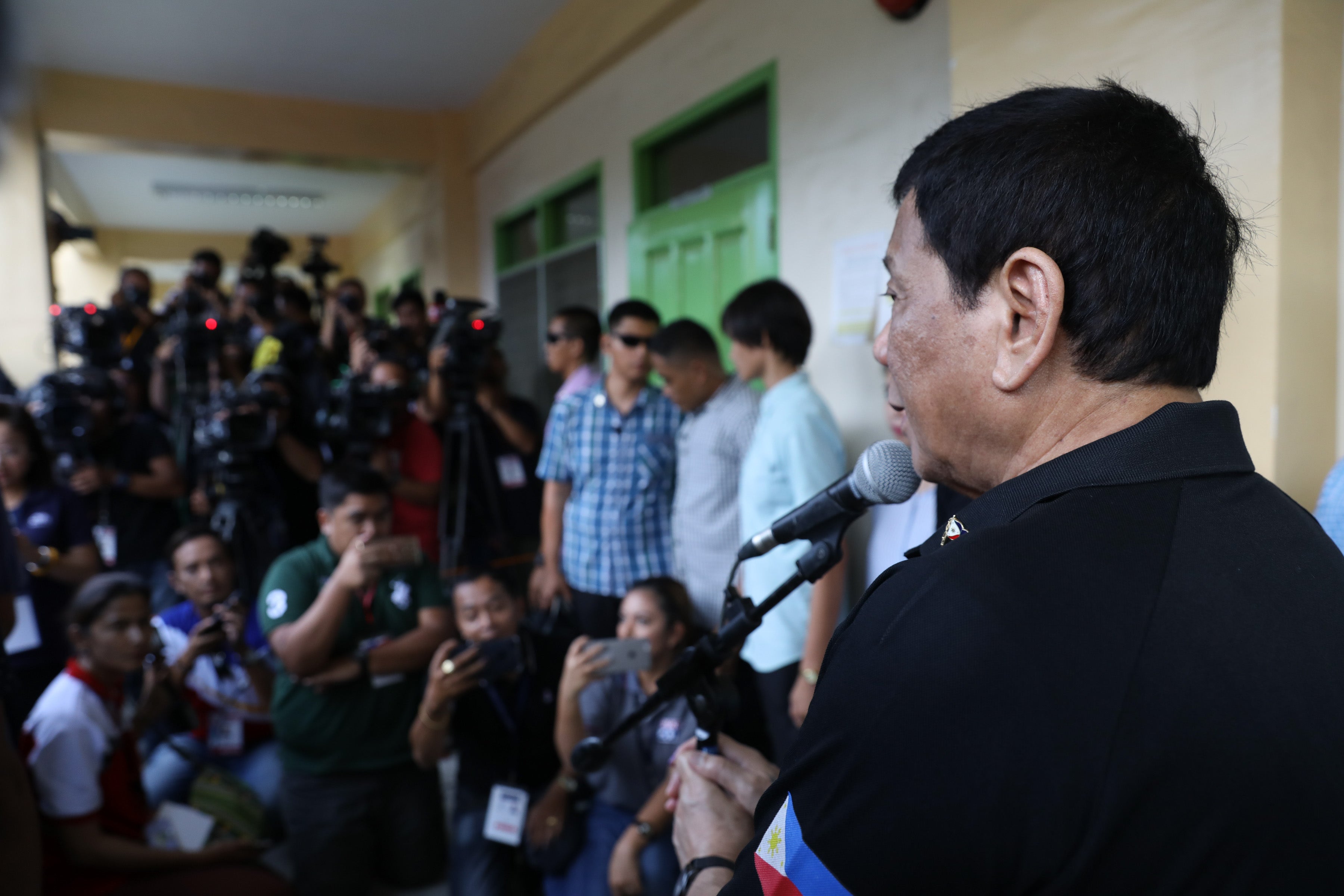 President Rodrigo Roa Duterte answers queries from members of the media after casting his vote for the midterm elections at the Daniel R. Aguinaldo National High School in Davao City on May 13, 2019. KARL NORMAN ALONZO/PRESIDENTIAL PHOTO

Speaking to reporters after casting his vote in Davao City, Duterte said the Executive branch would not interfere, saying it would be too early to conclude.

“That would be early; Comelec is an independent body and if there’s any malfunction there or if there’s any aberration at all in the procedure or process of the conduct of the election, let Comelec explain first to the people before we even initiate a sort of an investigation,” he said.

“That is in recognition of the separation of powers of Church, of our independent branches,” he added.

Several glitches on the VCMs across the country have delayed voting in some precincts nationwide.

Among high profile personalities who experienced the glitch was former vice president Jejomar Binay, whose ballot was rejected by the VCM eight times.