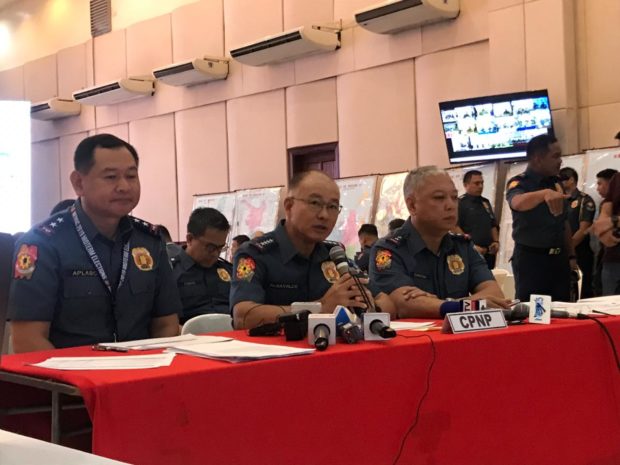 However, Albayalde said the reports still need to be verified.

“Although some of the reports are hindi confirmed and not actually true,” he added, noting that complaints may have been exaggerated by the candidates or their supporters.

As of 6 a.m. Monday, the PNP has arrested 230 persons in 79 incidents of vote buying across the country since the start of election period in January 13, Albayalde said.

Meanwhile, 43 election-related violence were recorded by the PNP where 20 persons were killed, 24 were injured, and 29 were unharmed, he added.

The PNP chief noted this is a 60 percent drop from the 106 incidents recorded in the 2016 presidential elections.

The PNP also arrested 337 persons for violating the 48-hour liquor ban which started at 12:01 a.m. on Sunday and will end at 12 midnight of May 13. Three persons were able to evade arrest and are currently at large, Albayalde said.

To ensure a peaceful and orderly conduct of the elections, Albayalde said 16,505 police and military security personnel were deployed.

“We have  started smoothly and maayos naman. Hopefully, we will end smoothly also, without any incidents,” the PNP chief said.

More than 61 million registered Filipino voters are expected to go voting precincts on Monday to elect 18,072 government officials in the May midterm polls. (Editor: Mike U. Frialde)