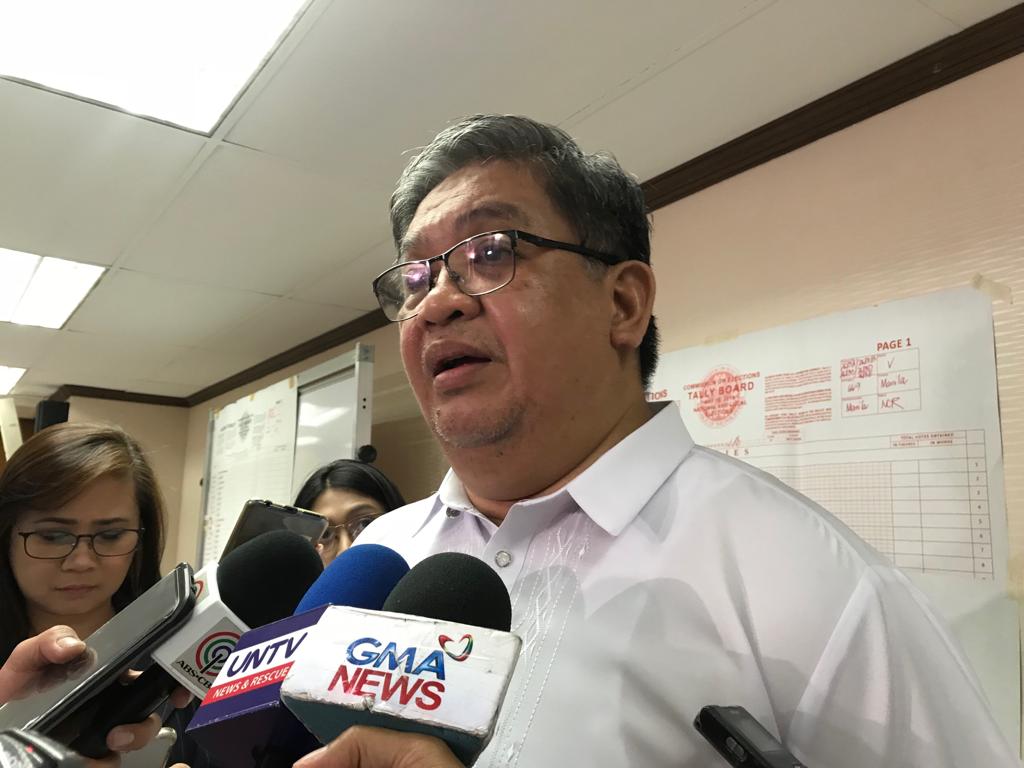 MANILA, Philippines — The dominant minority party in the May 13 elections should come from the “opposition.”

This was the gist of Commission on Elections (Comelec) Commissioner Luie Tito Guia’s position paper on the poll body’s selection of dominant majority and minority parties in the midterm elections.

This means that PDP-Laban and NP are entitled to the following: the fifth and sixth copies of election returns (ERs), respectively, from the vote counting machines; electronically-transmitted precinct results; the seventh and eighth copies of the Certificates of Canvass (COCs), respectively; and official watchers in every polling place and canvassing center.

But the Villar-led NP is a known ally of Duterte.

While Guia said he has “no objection” on the criteria and formula used in ranking parties on their dominance, he asserted “the Dominant Minority Party should logically come from the minority,” which is a group “that stand opposite the majority.”

He cited Section 274 of the Omnibus Election Code, which states that “the dominant opposition party shall be that political party, group or organization or coalition of major national or regional political parties opposed to the majority party which has the capability to wage bona fide nationwide campaign as shown by the extent of its organization.”

“Obviously, the second most dominant party would not necessarily belong to the minority,” Guia pointed out.

The purpose of determining which are the “dominant majority party” and “dominant minority party” is to ensure fairness in treating contending or opposing political groups, the poll body official said.

This purpose, however, will not be served if the Dominant Minority Party also comes from the majority, he added.

Guia then suggested that the Comelec should first determine which parties belong to the majority and to the minority.

“Thereafter, the most dominant party in each of the two categories will be selected,” he said.

“With the current polarized political climate, it is not hard to divide which group belongs to the majority or minority,” Guia added. (Editor: Katherine G. Adraneda)