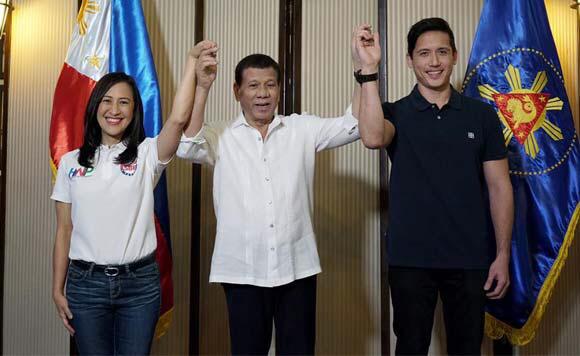 Belmonte also attributed her increased lead in the past surveys on the confidence in her by Quezon City residents and various groups like the Iglesia ni Cristo.

“Securing the lead in the surveys is an important milestone especially we’re already in the crucial days just before the local elections. I’m grateful that the people consistently choose me as their next leader in Quezon City,” said Belmonte.

As an ally of Davao City Mayor Sara Duterte’s Hugpong ng Pagbabago (HNP), Belmonte also expressed her gratitude to HNP for rallying their supporters in the city to strengthen her bid for mayor as well as the candidacy of the whole slate of her local party, the Serbisyo sa Bayan Party (SBP).

“I would also like to thank President Duterte for publicly showing his support. Of course, I assure him that, if elected, I will stay committed to the fight against illegal drugs and criminality in the city, among the administration’s other objectives,” Belmonte said, referring to two separate occasions last year in which the President raised Belmonte’s hand. /jpv